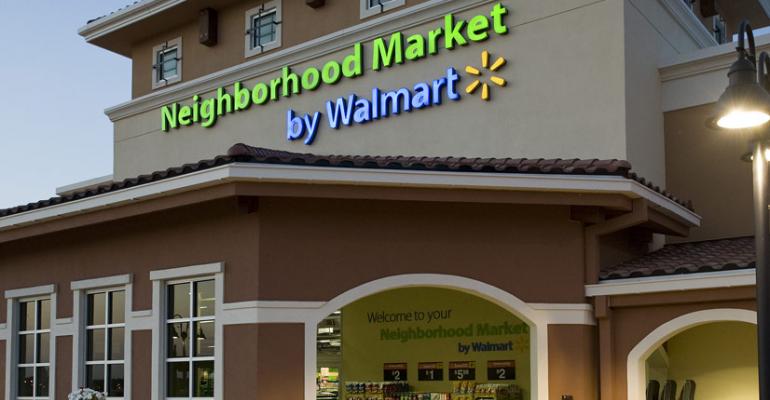 BENTONVILLE, Ark. — After opening 120 Neighborhood Market stores this year, Wal-Mart Stores said last week it plans to open at least that many of the supermarket-sized stores again next year.

“We will accelerate growth of our Neighborhood Markets because of their strong returns, consistent comp-sales performance and double-digit net sales increases, and we will continue to build and leverage the supercenter format, which remains our primary format for growth,” said Bill Simon, president and chief executive officer of Walmart U.S.

“The combination of our large- and small-store formats allows us to strengthen our market-share position and give customers convenient access to shop for food and general merchandise, as well as [have] access to our e-commerce offerings,” Simon said.

“We believe our multi-format portfolio will fuel the next generation of retail; enable the convergence of digital and physical store locations through e-commerce; and unlock value, giving our customers anytime, anywhere access to Wal-Mart.”

The company said it plans to reduce capital spending in fiscal 2015 by approximately $200 million, to a range between $11.8 billion and $12.8 billion, compared with expectations of spending between $12 billion and $13 billion for the current fiscal year.

“We’re spending in a disciplined manner by setting up a more streamlined real-estate process,” Mike Duke, president and CEO, Wal-Mart Stores, told an investors conference. “As we continue to improve our sales per square foot, Wal-Mart will continue to grow through new stores and e-commerce while expanding our logistics and fulfillment network in critical markets.”

Capital spending in the U.S. will fall in a range of $6 billion to $6.5 billion this year, up $500 million over the company’s originally projected forecast due to an acceleration of small-format openings and e-commerce initiatives.

He said he envisions the small-format stores being part of the company’s site-to-store e-commerce system in which customers could order products from a supercenter via their phone or online, and have them shipped to their nearest Walmart Express for pickup on the way home from work, for example.