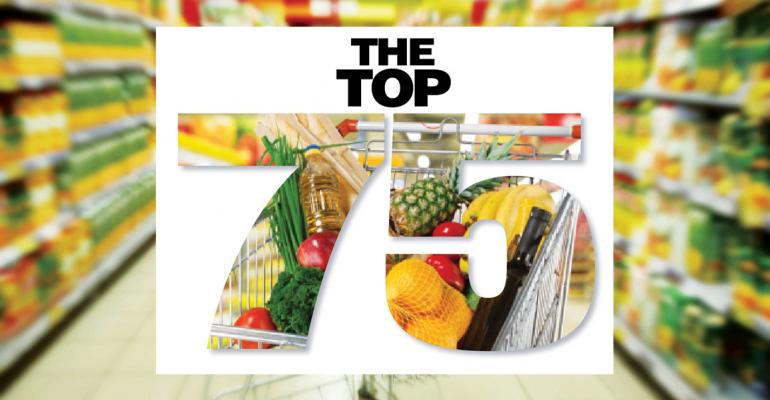 While supermarkets continue to consolidate, sales of food and consumables at alternate formats continue to take a bigger slice of the competitive pie, according to SN’s annual list of the Top 75 retailers and wholesalers in North America.

Four of the top 10 companies are not traditional supermarket operators — two are discounters Walmart and Target and two are drugstores, whose sales of food and household items surpass the volumes of dozens of conventional operators. 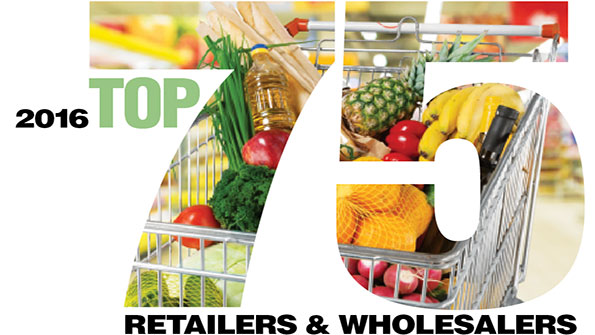 Drugstores and dollar stores are “stealth competitors” that have been taking volume from supermarkets for years, Neil Stern, senior partner at McMillanDoolittle, Chicago, said, “and while it’s a big amount when you look at it in total, most supermarkets see it on an individual-store basis and have been slow to react.  But that’s going to have to change.

“Those formats are taking business based on convenience, and supermarkets are going to have to find ways to offer goods more conveniently — possibly by doing what they do in the U.K., where they set aside areas of 1,000 square feet or so at the front of the stores and sell milk and eggs and other basics.”

According to Chuck Cerankosky, an analyst with Northcoast Research, Cleveland, sales at alternative formats are likely to continue to grow, even as the economy improves. “While operators like Kroger and Costco are seeing people trading up, it’s not unusual to think those retailers and others might lose a handful of items to an alternate format. Even with the economy improving, not every purchase will be bundled together with a trip to the supermarket.”

CVS Health, Woonsocket, R.I., landed at No. 5 on the list, with estimated consumable sales of more than $44 billion at approximately 7,911 drugstores, while Walgreen Co., Deerfield, Ill., was No. 10, with 8,173 stores accounting for estimates exceeding $28 billion in consumables.  With Walgreens in the process of acquiring Camp Hill, Pa.-based Rite Aid Corp., it could push that figure close to $36.5 billion.

Dollar stores also continue to be effective competitors, with Dollar General, Goodlettsville, Tenn., at No. 19 (compared with No. 17 last year) with $15 billion in consumable sales, and Dollar Tree, Chesapeake, Va., at just under $11 billion (moving up to No. 24 from No. 36 last year following its acquisition of Family Dollar).

Online competition from Amazon.com, Seattle, is also on the rise, with sales of consumables moving the company up to No. 53 on this year’s list from No. 62 a year ago.

Stern said he believes Amazon will remain “a behemoth” that supermarkets will have to continue to deal with. “Because Amazon is so well capitalized, it can continue to spend and grow while losing money,” he noted.

Though supermarkets will continue to expand their online businesses, that growth is likely to parallel Amazon’s growth rather than replace it, Stern said.  “It’s unlikely anyone will be able to slow down Amazon, other than possibly Amazon itself,” he noted. 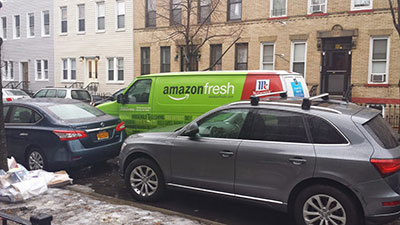 According to Cerankosky, what conventional retailers need to do “is get people into their stores for food and let them buy other stuff online. Even as retailers become increasingly involved in the digital universe to deliver food as part of an omnichannel approach, there’s nothing like buying fresh food at the store. That’s the epitome of quality food retailing.”

“Supermarkets have not yet developed as many innovations to capture consumers’ interest in convenience, and Amazon will probably hold the lead it has for some time,” she said.

“Walmart is making a huge investment in building an online operation with enough categories to have an impact and capture consumers who are active with Amazon, but most pure supermarket operators are less developed in the space,” Chaudhury noted.  “Instacart certainly helps bridge the gap on delivery logistics, but there is still a lot the large supermarkets need to do to get to the level of some of the other players.”

Jim Hertel, senior partner at Willard Bishop, Chicago, said he believes brick-and-mortar retailers have an advantage over Amazon for at least three to five years “because of two huge advantages: They are closer to customers — with a supermarket within two-and-a-half miles of 80% of the population — and they have built long-term relationships with consumers.

“What Amazon is investing in is ways to get closer to customers, and if it can leverage that, then it will be an even bigger factor for supermarkets in five to 10 years.

“The key area is fresh.  Amazon can deliver packaged foods, but it hasn’t solved the problem of delivering on its fresh promise, and that’s the window supermarkets have to take advantage of.”

Andrew Wolf, managing director for BB&T Capital Markets, Boston, offered a similar opinion.  “The world of grocery shopping is increasingly built around perishables, and that’s not a category a business can make money on delivering to people’s doors in the suburbs. A click-and-collect system works much better for perishables, and I don’t think the threat of Amazon will grow — not in the perishables area — because there’s no compelling business model to get fresh food to people and still make money.”

Even as alternate formats chip away at supermarket volumes, the industry continues to change with ongoing consolidation.

While some things remain pretty much the same — with Walmart, Kroger Co. and Costco Wholesale Corp. continuing to top the Top 75 list, as they have for over a decade — consolidation has removed four significant chains from the list, opening the way for four newcomers to join. 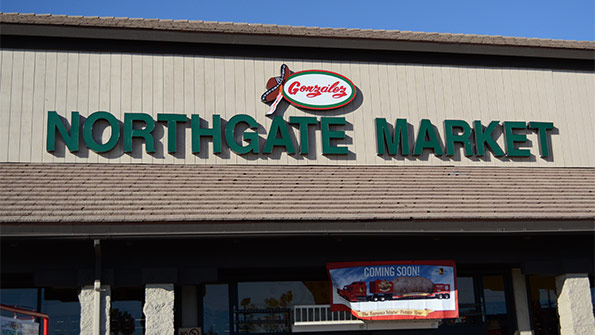 While the Roundy’s deal will simply cement Kroger’s position as the leading conventional player on the list and the A&P volume was dispersed among many buyers, the Safeway merger moved Albertsons up the list to No. 4 from No. 9 a year ago, while the Family Dollar acquisition pushed Dollar Tree to No. 24 from No. 36.

Among changes on the horizon for next year’s Top 75 list is the pending merger of the European-based parent companies of Delhaize America, Salisbury, N.C., and Ahold USA, Carlisle, Pa. — a combination with the potential to create a company whose volume will exceed $41 billion, which would be enough to surpass Publix on this year’s list.

“Some consolidation will be strategic, like the Delhaize-Ahold merger, which came about when those companies realized they needed to grow sales on the East Coast after the Kroger-Harris Teeter merger,” Cerankosky said.

“We’re also likely to see more smaller, in-market consolidations that enable mid-level operators to gain scale. Companies like Kroger and Costco use scale to deliver value to customers, and more companies will realize that’s something they can’t do by remaining small.”

Stern said he expects a slowdown in larger deals — like Albertsons-Safeway and Ahold-Delhaize — “because those just don’t happen that often.  But we’re likely to see more smaller deals of the Kroger-Roundy’s size.”

Hertel said he anticipates more consolidation “because companies want to grow. But if their top lines aren’t growing, many believe they can achieve more bottom-line growth by consolidating to achieve greater economies of scale,” he explained.

He also said he anticipates more deals involving midsized companies.  “There is a drive for grocery chains to operate 2,000 stores and up, and it’s easier to get there through acquisition than building new stores,” he said.

Wolf said consolidation will be driven by the desire of retailers to offer value, which can encompass quality as well as pricing. “Value is what exacerbates the gap between good and bad operators,” he explained.