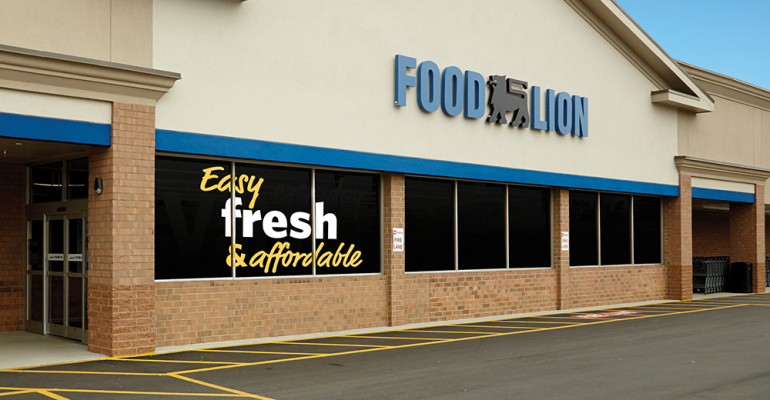 Ahold Delhaize's Food Lion continued to benefit from the rollout of the "Easy, Fresh and Affordable" program.
News>Retail & Financial

“Sales performance in the United States continued to show good momentum,” the retailer said. U.S. same-store sales grew 2.7% in the quarter (2.6% excluding fuel), lifted in part by more favorable weather, compared with a 1% year-over-year increase in the 2017 fourth quarter, the company reported.

“Online sales growth accelerated to 12.1% at constant exchange rates, as our food e-commerce initiatives started to gain traction at each brand,” Ahold Delhaize stated about its U.S. business in the fourth quarter. “Food Lion continued to benefit from the rollout of the ‘Easy, Fresh and Affordable’ program, now in 70% of its stores. Full-year 2018 market share across our brands is expected to have increased compared to last year.”

Ahold Delhaize is scheduled to report full 2018 fourth-quarter and annual results on Feb. 27. For the year, the company expects underlying earnings per share from continuing operations at the higher end of its previous guidance of €1.50 to €1.60.