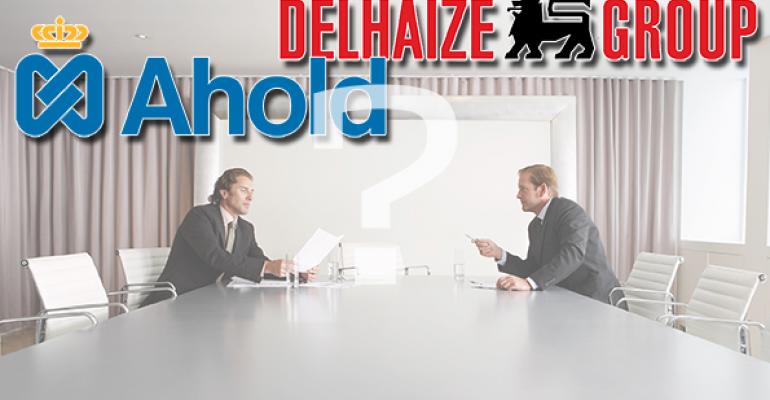 Amsterdam-based Ahold and Brussels-based Delhaize confirmed they are in the early stages of discussing a merger that would create a giant food retail entity.

The confirmations, which came in similarly worded statements from both companies, followed merger talk rumors over the weekend based on Dutch media stories, as previously reported by SN.

The latest Delhaize statement said: “Delhaize Group confirmed today that it has entered into preliminary discussions with Royal Ahold N.V. to explore the opportunity of combining the two companies. These discussions may or may not result in a future transaction. The company will communicate material updates, if any, in accordance with regulatory requirements.”

Shares of Ahold and Delhaize had surged following the weekend reports of merger talks.

The two companies discussed a possible merger in 2006, the reports said, though an agreement on valuation could not be reached at that time.

According to SN estimates, the U.S. sales of the combined companies would total $44.4 billion, including $26 billion from Ahold’s 766 stores and $18.4 billion from Delhaize’s 1,361 stores (of which 66 Bottom Dollar stores, which accounted for sales of about $718 million last year, have subsequently been sold). Ahold operates U.S. banners including Stop & Shop and Giant and Delhaize’s U.S. operations include Food Lion and Hannaford.