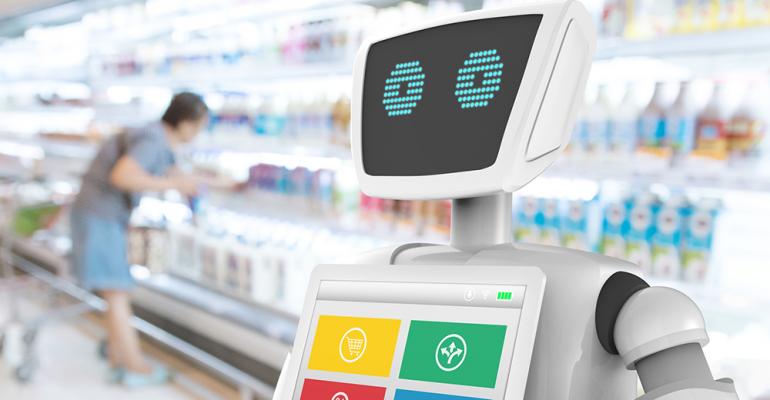 Ahold Delhaize will explore potential retail applications of artificial intelligence (AI) in a partnership with the Innovation Center for Artificial Intelligence (ICAI), a project of the University of Amsterdam and VU University Amsterdam.

The Zaandam, Netherlands-based global food retailer said its partnership is the first lab within the ICAI, which was launched yesterday at Amsterdam Science Park.

Dubbed the AIRlab, the joint ICAI-Ahold Delhaize industry lab will have seven PhDs researching socially responsible algorithms that can be used to make recommendations to consumers and transparent AI technology for managing supply chain flows, according to Ahold Delhaize.

The retailer’s Albert Heijn and bol.com brands will participate in the research. In addition, the AIRLab will focus on talent development. “Ahold Delhaize, Albert Heijn and bol.com look forward to working with ICAI. Artificial Intelligence offers countless possibilities for the retail industry, the consumer and society at large. With this partnership, we want to further develop our ongoing initiatives and learn how AI can be used to better serve the interests of our customers,” Ahold Delhaize deputy chief executive officer Frans Muller (left) said in a statement. “

“For instance, we will look at how to further optimize Albert Heijn’s supply chain by, for example, improving the availability of goods by taking into account local weather conditions,” explained Muller, who’s slated to succeed Dick Boer as Ahold Delhaize CEO on July 1. “Also, we will investigate ways to make the assortment of bol.com even more accessible to customers. These insights and knowledge can be applied to our brands in the United States and Europe.”

“AI will influence every sector of society,” said ICAI director Maarten de Rijke, professor of Information Retrieval at the University of Amsterdam. “The partnership with Ahold Delhaize is of major importance because with it we are making a serious investment in the development of AI talent and AI technology outside of the traditional technology sector.”