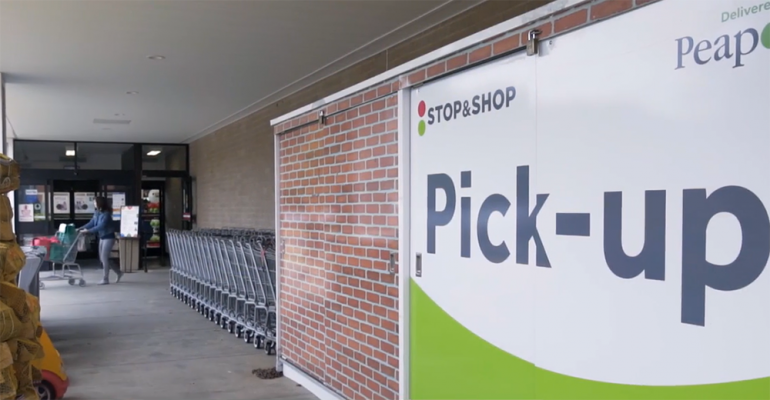 Ahold Delhaize sees e-commerce as a fulcrum for lifting market share across its U.S. and international markets.

At the food retail giant’s Capital Markets Day event yesterday, executives outlined a sweeping plan to build out an omnichannel front and back end — powered in the United States by its growing Peapod Digital Labs and Retail Business Services units — and boost the market position of Stop & Shop, its largest supermarket chain by sales.

The strategy is projected to double online sales companywide to €7 billion ($7.93 billion) by 2021 and establish more than 600 click-and-collect locations in the U.S. by the end of this year. An estimated 65% of U.S. customers are expected to have same-day or faster online grocery access by 2020.

Frans Muller, president and chief executive officer of Ahold Delhaize, said the plan signals the next step for the Zaandam, Netherlands-based company after the closing of the $29 billion merger of Royal Ahold and Delhaize Group in July 2016 and subsequent two-year integration.

“With the merger substantially completed, we are now focusing on the next phase,” Muller told investors, analysts, media and company officials gathered at the event in Manhattan. “We’ve built a platform for growth, with a structure in the organization that makes us fit to win, fit to grow and fit to gain market share — not only in bricks-and-mortar but also in omnichannel, which includes e-commerce. So we feel we are very well-positioned to win.”

Despite significant omnichannel inroads by Walmart, Amazon-Whole Foods and Kroger, Ahold Delhaize remains a formidable retail grocery player in the U.S., given its global scale, resources and market reach. It has about 6,700 food retail stores in 10 countries and generates over 50 million store visits and 20 million-plus online visits weekly.

In the $43 billion Ahold Delhaize USA business, which accounts for about 60% of the company’s sales, the Stop & Shop, Giant, Hannaford, Giant/Martin’s and Peapod brands hold a No. 1 market position in 70% of the areas they serve, while Food Lion has a No. 2 share in 30% of its markets. The company said its U.S. stores, spread along the East Coast, hold approximately a 19% market share, whereas only 11 other retail competitors have at least a 2% share and all have less than a 10% share. 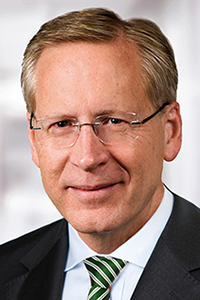 “Our brands have a leading market share position, despite the fact that we operate in a very fragmented market,” said Kevin Holt (left), CEO of Ahold Delhaize USA, which was officially formed Jan. 1. “We have over 150 different operators that make up the total share across our marketplace. And that fragmented marketplace really provides a great opportunity for our brands as we strengthen our local presence, win in the local market and see other weaker performers leave the marketplace.”

Ahold Delhaize USA already is well under way in repositioning Food Lion, which serves the mid-Atlantic and Southeast markets. As of last month, 712 of the Salisbury, N.C.-based chain’s 1,030 stores had been remodeled over the last four years. That process is ongoing. Also in October, Carlisle, Pa.-based Giant/Martin’s unveiled a smaller store format, sized at about 9,500 square feet, in downtown Philadelphia that could serve as a growth platform for deeper penetration into urban markets. Earlier this year, the chain had launched a $70 million plan to expand its store network across Pennsylvania.

Next up is Stop & Shop. Over the next five years, the Quincy, Mass.-based chain plans to roll out a new look and shopping experience at its 412 stores in Massachusetts, Connecticut, Rhode Island, New York and New Jersey. That effort began in early October at 21 stores in the Hartford, Conn., area. The brand repositioning includes a modernized store format and a new logo that reflect a more customer-centric strategy based on convenience, particularly a wider array of fresh, fast, healthy and local food options.

The changes at Stop & Shop are expected to lift store sales 4% to 6% on a pro forma basis in the first year, 2% to 4% in the second and 2% in the third. Plans call for 60 to 80 stores to be upgraded annually under the program, with total capital expenditures pegged at $1.6 billion to $2 billion. Stop & Shop stores on Long Island, N.Y., are next in line for the program, starting in 2019. 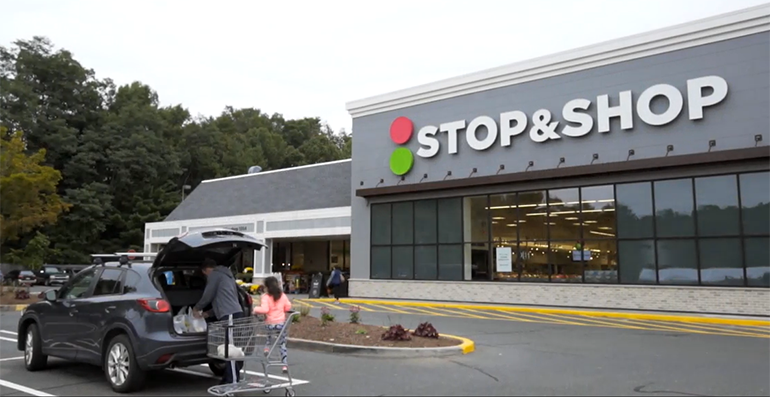 “We have the highest brand awareness of any grocery chain in our trade areas, and we are the market leader. Our market share is flat, and over the last four years our sales have been slightly modest to flat [in growth]. So despite the fact that we have been No. 1 and we are No. 1, we see an opportunity to build a stronger No. 1 and take our business forward,” Stop & Shop President Mark McGowan said at Capital Markets Day.

The Hartford Stop & Shop stores showcase Ahold Delhaize USA’s omnichannel advances. Shoppers who use the Scan It! mobile app can take advantage of a frictionless checkout experience — with no waiting in line — and Peapod online grocery customers can drive up beneath solar-powered canopies at the stores to pick up their items. These orders will soon be assembled by a mini robotic warehouse under a new partnership with Waltham, Mass.-based Takeoff Technologies.

Across Ahold Delhaize USA, e-commerce sales growth is projected to top 10% in 2018, 20% in 2019 and 30% in 2020, according to JJ Fleeman, president of Peapod Digital Labs. The Peapod e-grocery service generates about $1 billion in sales and 6 million orders annually, serving customers and stores via 26 e-commerce fulfillment centers.

“We are committed to innovation, leveraging our scale and providing expertise to enable all of the brands here in the U.S. to propel their digital and e-commerce business moving forward. As such, we’ve redefined a differentiated customer value proposition in 2018, and we are actively addressing critical areas as we unveil new initiatives in 2019,” Fleeman said.

“Next year, we will launch an integrated set of omnichannel capabilities, technology platforms and new customer value propositions that will enable the brands to achieve significant growth,” Fleeman added. 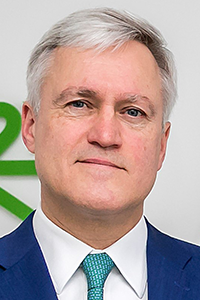 In an interview, Muller (left) noted that Ahold Delhaize’s ability to develop, invest in and deploy technology and omnichannel improvements gives it an advantage in its drive to increase its U.S. market share.

“Not every player can afford these investments,” he said. “There will be more consolidation in the industry for smaller and midsize companies, and it gives us a nice opportunity to gain share, deepen our footprints and make our brands along the East Coast even bigger,” he said, adding that the company wouldn’t rule out fill-in acquisitions.

Muller also acknowledged that Ahold Delhaize needs to grow its U.S. e-commerce business faster. “We did not move fast enough in the past — 10% to 12% growth in the U.S. is not satisfactory. That’s why we’re stepping up now for next year with 20% and the year after with 30% growth.”