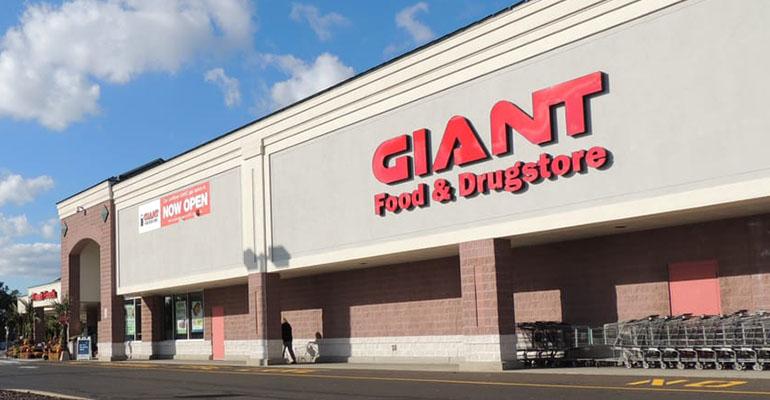 Ahold Delhaize reported improved same-store sales in its U.S. division as revenue edged up in the 2018 first quarter.

The Zaandam, Netherlands-based grocery retailer said Wednesday that sales for Ahold Delhaize USA came in at $10.86 billion, up 2.1% from $10.64 billion a year earlier and accounting for nearly 60% of the company’s overall sales in the quarter. Online sales showed stronger growth, rising 9.4% to $222 million from $203 million.

Comparable-store sales in the U.S. rose 3% year over year versus an 0.7% decline in the prior-year period. Excluding fuel sales, same-store results were up 2.8% in the 2018 quarter, compared with a 1.1% decrease a year ago.

U.S. division sales in the first quarter benefited from a calendar shift for the New Year's and Easter holidays as well as favorable weather, according to Ahold Delhaize. The company said price inflation was 2.3% — cycling a deflationary 2017 quarter — and robust online sales growth was driven by Peapod, expansion of the Hannaford To Go online service and by same-day, third-party delivery.

"The U.S. brands, which are reported as one segment as of Jan. 1, reported improved comparable sales growth excluding gasoline of 2.8%, supported by the favorable impact of holidays and some weather impact. The underlying operating margin rose 30 basis points to 4.3%, driven by synergies and with our ‘save for our customers’ program offsetting cost inflation,” Ahold Delhaize chief executive officer Dick Boer said in a statement.

“In a competitive market with new entrants, Food Lion reported its 23rd consecutive quarter of comparable volume growth, as its ‘Easy, Fresh and Affordable’ program is now deployed in more than 500 of its stores,” he added. “Furthermore, online sales grew 9% across all our U.S. brands.”

Among the U.S. supermarket chains, Giant/Martin's saw same-store sales rise 3.6% in the first quarter, fueled in part by the growth its in-store beer and wine eatery sites, which also help drive an increase of transactions, Ahold Delhaize said.

Hannaford launched My Hannaford Rewards chainwide during the quarter. The digital program offers participating customers rewards on more than 5,000 own-brand products and personalized coupons for national- and regional-brand items.

Boer also noted that Stop & Shop is enhancing its healthy food offering. In a video, he pointed to the redesigned fresh food department at its Milford, Mass., store, which features salad bars plus a juice and smoothie bar.

Meanwhile, Food Lion is extending its reach, Ahold Delhaize said. The chain plans to finalize its acquisition of three Farm Fresh stores in the Norfolk, Va., area from Supervalu Inc. this month. Food Lion also is boosting its presence in South Carolina with the purchase of four Bi-Lo stores from Southeastern Grocers.

Key developments at online grocer Peapod include price cuts on thousands of products “that matter most to customers,” Ahold Delhaize said, as well as new recipes for its meal kit line and the launch of a discounted midweek subscription for PodPass customers.

"We are pleased with our performance during the first quarter, proving that the execution of our ‘Better Together’ strategy continues to bear fruit, delivering sales growth and synergies throughout the business,” Boer said. “Benefiting from our scale and building on our leading positions on the U.S. East Coast and in Europe, our great local brands demonstrated their capabilities and agility to meet rapidly changing consumer needs and preferences.”