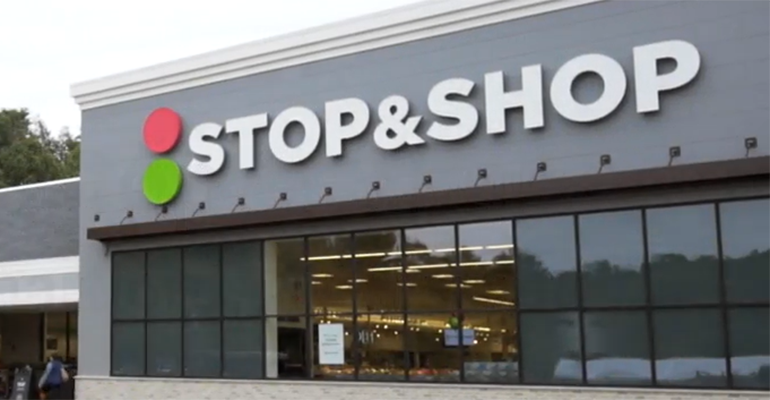 U.S. sales edged up in the first quarter at Ahold Delhaize as the global food retailer moved forward with strategic initiatives to upgrade stores, boost omnichannel operations and rein in costs through improved synergies.

Also on Wednesday, executives reiterated their estimate of the financial impact of the 11-day strike at Stop & Shop, noting that the Quincy, Mass.-based supermarket chain — the company’s largest by sales — will feel the work stoppage’s effects in the second quarter. 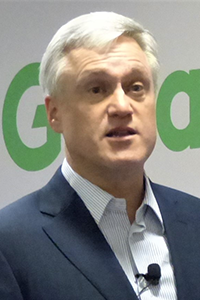 “Our U.S. business showed a good performance, with margins benefiting from synergies and with savings ahead of investments in our customer proposition as part of our Save for Our Customers program,” Ahold Delhaize President and CEO Frans Muller (left) told analysts in a conference call this morning.

“As Frans mentioned, we had strong synergy and savings for our customer delivery in the first quarter and, therefore, underlying operating margin was particularly strong in the quarter at 4.9%, up 30 basis points versus last year,” Ahold Delhaize Chief Financial Officer Jeff Carr said in the call. “However, we will see more investments in our customer proposition in the following quarters, and I'd not expect to see that high trend of margin continue.”

For the strike at Stop & Shop, which lasted from April 11 to 21 and affected 246 New England stores, Ahold Delhaize estimated lost sales of $200 million. Adding increased product waste and extra supply chain costs, the company expects a one-off impact of $90 million to $110 million on underlying operating income in the second quarter.

“The members of the UFCW Unions ratified the new collective labor agreement last week, and we feel that the new contract is fair and responsible. Our total labor cost at Stop & Shop is expected to increase in line with inflation,” Muller said.

“Now, two weeks after the strikes, customers are coming back and sales continue to ramp up,” he added. “We continue to prepare for the next phase of the rollout of Stop & Shop's ‘Reimagining’ program in Long Island, N.Y., based on the learnings from the remodeled Hartford, Conn., stores in the fourth quarter last year. And we are still awaiting FTC approval for the acquisition of King Kullen stores on Long Island.”

In a question-and-answer session later in the earnings call, Muller said, “Nobody has won in this strike. It's a very unfortunate event for everybody involved.”

During the first quarter, Ahold Delhaize noted, Food Lion announced a $158 million project to remodel 92 stores in the Myrtle Beach, Florence, Columbia and Charleston, S.C., markets this year, along with a $40 million investment to upgrade 23 stores in the Charlottesville and Harrisonburg, Va., markets. The initiatives are part of Food Lion’s “Easy, Fresh and Affordable” program to enhance the shopping experience and expand variety and assortment. The Giant/Martin’s division also opened the first location of its Giant Heirloom Market urban format in Philadelphia and launched a new online brand called Giant Direct with the opening of an e-commerce hub in Lancaster, Pa., with Peapod Digital Labs.

“We reported a solid first quarter, growing both our top line and our bottom line compared to last year,” Muller told analysts. “As our results are starting to illustrate, the execution of our Leading Together strategy is on track. Throughout our businesses, we help our customers make healthier choices. Innovative solutions make shopping more convenient and less time-consuming. And we continue to invest in our network both in stores and online.”

Ahold Delhaize finished the quarter with 6,769 stores, compared with 6,785 a year ago. Besides the U.S. locations, the total includes 2,151 stores in the Netherlands, 777 stores in Belgium, and 1,880 in Central and Southeastern Europe.