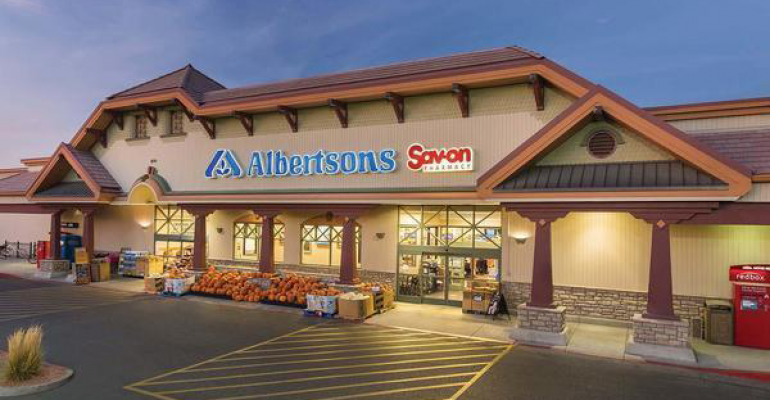 Albertsons Cos. saw sales edge up in its fiscal 2018 third quarter and posted net income after a loss in the previous quarter.

The Boise, Idaho-based supermarket retailer also said Monday that, in connection with some refinancing measures, it has cut its debt load by about $1 billion over the past 12 months.

Related: Albertsons goes all in on sustainability

For the quarter ended Dec. 1, Albertsons turned in revenue of $13.8 billion, up 1.8% from $13.6 billion a year earlier. The company said the gain reflects a 1.9% uptick in identical-store sales and higher fuel sales of $91.7 million, partially offset by lost sales from store closures. E-commerce sales surged 73% year over year.

The gross profit margin rose to 27.8% in the quarter from 26.7% a year ago, primarily due to improved shrink expense as a percentage of sales, lower advertising costs, increased private-label penetration to 25.2% and cost-reduction initiatives, Albertsons reported. Selling and administrative expenses fell to 26.6% of sales from 27.4% in the prior-year period.

EBITDA (earnings before interest, taxes, depreciation and amortization) was $594.8 million in the 2018 third quarter versus $332.9 million a year earlier.

Interest expense came in at $213 million for the third quarter, compared with $193.9 million a year ago. The company reported an income tax benefit of $65.4 million in the quarter (including from the federal Tax Cuts and Jobs Act) versus $523.5 million in the 2017 quarter, which reflects a corporate reorganization and a non-cash reversal of a valuation allowance against net deferred tax assets. 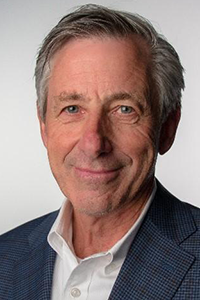 "We continue to gain traction in our efforts to deliver a seamless shopping experience for our customers in both the four-wall and no-wall environment. The third quarter marked our strongest identical-sales increase since the first quarter of fiscal 2016,” President and CEO Jim Donald (left) said in a statement. “Identical sales grew for the fourth consecutive quarter, and adjusted EBITDA grew over 50% compared to the same quarter last year, as the business has rebounded from fiscal 2017. We achieved a record-high sales penetration rate on our Own Brands products as we continue to delight our customers with our portfolio of award-winning brands."

Albertsons added that, under its $4 billion asset-based loan facility, it currently has $3.4 billion available and no outstanding borrowings. The company’s long-term debt stood at nearly $10.66 billion as of Dec. 1, compared with $11.71 billion as of Feb. 24.

"We successfully refinanced our term loan and asset-based loan facilities during the quarter as we secure long-term financing and delever our balance sheet,” Donald stated.

Prior to the end of the third quarter, Albertsons entered a $660 million agreement for the sale and leaseback of five distribution centers. The deal was closed in two separate transactions on Dec. 17, 2018, and Jan. 2, 2019. In connection with the sale and leasebacks, the company also entered into lease agreements for the properties for initial terms of 15 to 20 years.

Looking ahead to the full 2018 fiscal year, Albertsons expects identical sales gains of 0.8% to 1.0% and adjusted EBITDA guidance of $2.65 billion to $2.7 billion. The latter projection includes a negative impact of 10 basis points from the industrywide recall of romaine lettuce, California wildfires and Alaska earthquake as well as incremental rent expense from distribution center sale/leasebacks, the company said.

Fiscal 2018 capital expenditures are forecast at $1.4 billion. Through the end of the third quarter, the company spent about $917 million in cap-ex, including $45 million for the Safeway integration, the opening of three new stores, 91 store remodels, digital marketing investments.