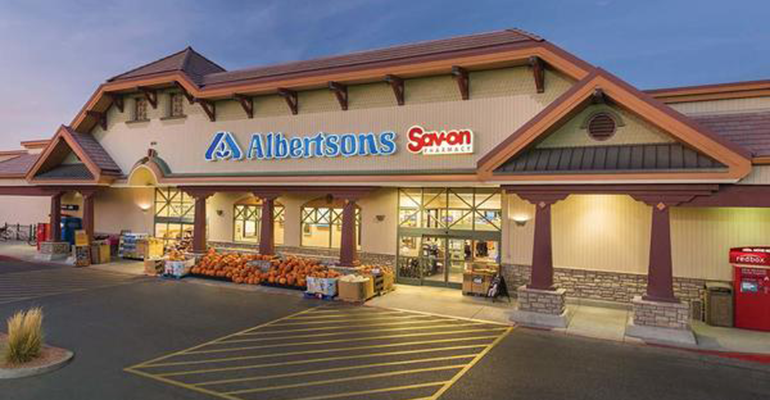 With e-commerce rapidly becoming a pillar of the supermarket business, Albertsons Cos. has partnered with venture capital firm Greycroft to help grow emerging companies and technology in the grocery sector.

To that end, Albertsons and Greycroft have created a fund — expected to reach up to $50 million over time — to invest in and develop grocery-related tech innovators, the Boise, Idaho-based retailer said Thursday.

The fund will leverage Greycroft’s investment expertise and connections with the early-stage tech industry and Albertsons’ grocery know-how and coast-to-coast footprint, the companies said. They noted that Albertsons already has a leading online grocery delivery presence in eight of the top 10 U.S. metropolitan statistical areas (MSAs).

For Albertsons, the fund is expected to help further a wider tech strategy to identify potential partners and opportunities that could help the company capitalize on innovation in retail grocery. The goal is to serve customers “wherever and however they like to shop,” according to Shane Sampson (left), chief marketing and merchandising officer.

“Part of that is being at the forefront of the tremendous innovation our industry has seen over the last five years,” Sampson explained. “As we saw with our recent acquisition of Plated, Albertsons Cos. has the capital, scale and expertise to power future growth of the most promising, emerging businesses and technologies across the food and grocery space. We are thrilled to be partnering with Greycroft, whose investment acumen and relationships are positioned to be key drivers of our success.”

Citing findings from Coresight Research, Albertsons and Greycroft said investment in the food and beverage sector has more than tripled since 2013 amid ongoing industry disruption by startups and incubators. Coresight projects U.S. online retail sales of food and beverages to top $20 billion in 2018.

A physical presence has increasingly become important to a retail e-commerce strategy, according to Ian Sigalow, co-founder and partner of New York-based Greycroft. The 150-plus investments by the VC firm, which manages over $1 billion in funding, include such companies as meal kit provider Plated (acquired by Albertsons in September 2017), online bulk-goods retailer Boxed, e-delivery service Shipt (bought by Target Corp. in December 2017) and online shopping club Thrive Market.

“As our e-commerce companies scale, they often incorporate a brick-and-mortar strategy to reach the entire U.S. market. This partnership with Albertsons Cos. will enable our companies to tap into their 34 million weekly customers across a wide range of industries, including consumer products, health care, wellness, pharmaceuticals and grocery,” Sigalow said. “We believe that consumers should be able to get access to these high-quality products and services whenever they want, wherever they want, and that requires a coast-to-coast footprint.”

Online grocery purchases now account for 5.5% of total U.S. grocery spending, according to a study released this week by Brick Meets Click. Grocery shoppers that use online services most actively raised their weekly online spending as a percentage of total weekly grocery spending from 28% in 2017 to 46% in 2018, said the strategic advisory firm, whose findings are based on a survey of nearly 5,000 online consumers.

“If supermarkets make the right decisions and investments to compete well in this space, they are in the leadership position to meet shoppers needs relative to food purchasing and consumption patterns,” said Bill Bishop, chief architect at Brick Meets Click.

Near-term spending growth likely will be fueled by the roughly 30% of U.S. households who already shop for groceries online, the study revealed. Their average order size rose from $62 in 2017 to $69 dollars this year.

Going forward, supermarkets will increasingly tangle with Amazon, as the e-tail giant aggressively leverages its Prime program with Whole Foods to boost its share of spending with those shoppers, Brick Meets Click noted.

“Overall, Amazon has 77% household penetration, but it sold groceries to just 11% of households in the last month,” said Steve Bishop, managing partner of Brick Meets Click. “That’s a lot of headroom for Amazon to grow in grocery. Amazon’s smaller average transaction size compared to supermarket retailers underscores why online grocery is basically supermarket’s business to lose as online shoppers increasingly shift to full basket trips — and that supermarkets need to find ways to leverage the physical store with online services.”