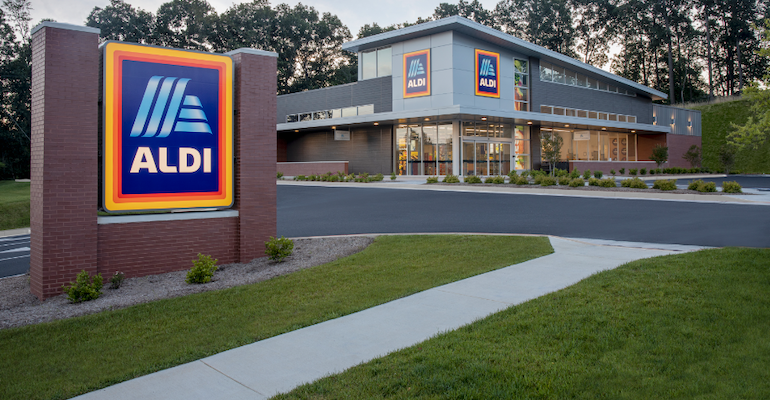 Aldi
Overall, Aldi expects to have opened 100 new stores during 2020, with over 70 coming by the end of the year.
News>Retail & Financial

CEO Jason Hart: ‘Our innovative business model works for shoppers wherever they live’

Aldi has hit the 2,000-store mark in the United States and, in another expansion wave, plans to open more than 70 new locations by the end of 2020, extending its reach into a new state.

Batavia, Ill.-based Aldi U.S. announced the next phase of its growth plan on Tuesday. According to Jason Hart, CEO of Aldi U.S., the company officially reached 2,000 stores in June with the opening of two new stores in California. Overall, Aldi expects to open nearly 100 stores in 2020.

“We are very proud to reach the 2,000-store milestone,” Hart said in emailed comments. “With each new store comes an opportunity to reach, serve and support new customers and communities, and we are thrilled to be able to offer these new shoppers the lowest possible prices on the foods they love.” 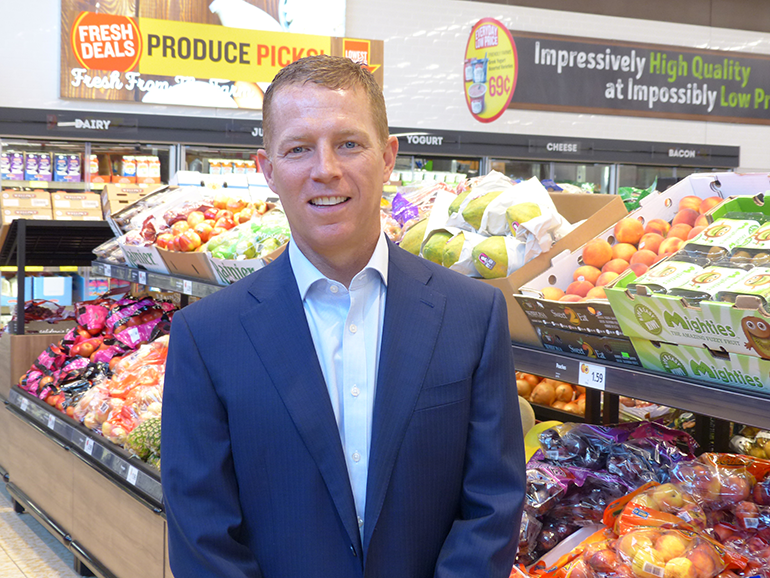 “The response to our new stores confirms what we knew to be true — no one wants to spend more money on groceries than they have to," Aldi U.S. CEO Jason Hart said.

Later this year, Aldi is slated to enter Arizona, which will be the hard discount grocer’s 37th state, with the opening of four new stores in the greater Phoenix market.

Aldi, too, is setting the foundation for a Gulf Coast expansion. Plans call for the retailer to break ground in 2021 on a new regional headquarters and distribution center in Loxley, Ala. The facility will serve new stores in southern Alabama, across the Florida panhandle and in Louisiana. The chain now operates 180 stores in Alabama and Florida as well as four regional headquarters and DCs in the region.

“Last year, we opened our first store in North Dakota, which became the 36th state we operate in,” Hart said. “Our first stores in Arizona opening later this year will mark our presence in 37 states, and our future entry into Louisiana will expand that to 38 states.”

The new stores and market areas are part of a $5 billion, five-year expansion strategy that Aldi unveiled in 2017. Under a plan announced in June 2017, the company is investing $3.4 billion to expand from 1,700 to 2,500 stores nationwide — and serving 100 million customers per month — by the end of 2022. That effort followed a $1.6 billion store refresh project launched in February 2017, which calls for the remodeling and/or expansion of over 1,300 stores by the end of 2020.

In August 2018, Aldi also embarked on major product expansion in which 20% of items in every store will be new compared with a year ago. The company, too, increased its fresh food selection by 40%, focusing on new produce, meat and organic foods, along with easy-to-prepare items.

“We have remodeled more than 850 stores since 2017, and our customers are thrilled with the results. We look forward to wrapping up the few stores that remain over the next two years,” Hart said via email. 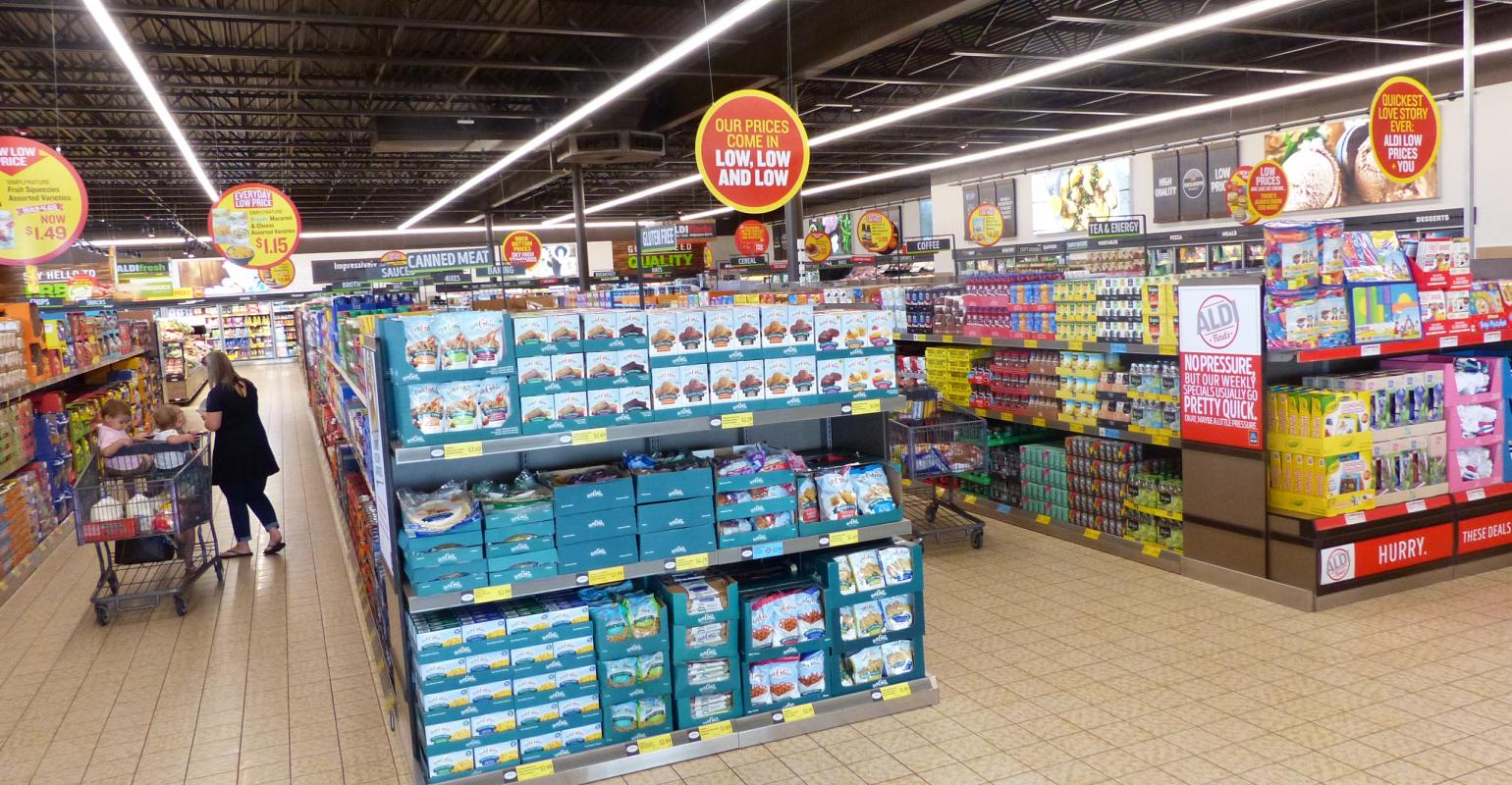 The expansion push has brought Aldi into some new types of store sites, Hart reported. “We are always exploring a variety of store opportunities in multiple markets across the country, and we carefully consider several factors when selecting locations for a new Aldi store, most of which average around 12,000 square feet in size,” he said. “In the past few years, we’ve opened a handful of stores in mixed-use developments in cities like Minneapolis and Philadelphia. Ultimately, we want to be conveniently located for our customers.”

In entering new markets, Aldi has seen a strong response to its consumer proposition of easy-to-shop stores, high-quality store brands and low pricing, according to Hart.

“The response to our new stores confirms what we knew to be true: No one wants to spend more money on groceries than they have to, and our innovative business model works for shoppers wherever they live,” he said.

Although the coronavirus outbreak has led many businesses across the country to suspend growth plans, Aldi has been able to press ahead with its expansion program.

“We’re pleased to report the pandemic has not slowed our expansion plans, and Aldi remains on track to becoming the third-largest U.S. grocery retailer by store count by the end of 2022,” Hart said. “We’ve actually accelerated some of our growth recently, including the rollout of our Curbside Grocery Pickup service to nearly 600 stores to better serve customers. We are continuing to monitor the COVID-19 situation and are doing everything we can to support as many customers as possible.”

The curbside pickup is due to be in place at almost 600 stores by the end of July, Aldi reported. Through Instacart, which powers the front end for the online pickup service, the retailer also offers grocery delivery in more than 10,000 ZIP codes.

Hart said Aldi has been able to adjust to the changing shopper behavior and supply chain disruptions seen across the grocery retail sector.

“We’re committed to serving the community and supporting as many customers as possible during this challenging time. Our unique business model gives us the ability to be nimble in situations like this and adapt our products very quickly and provide the items customers need the most,” he said. “Customer buying habits and demand are shifting as quickly, and we’re working closely with our suppliers to meet those shifts. No matter what happens, our focus remains on providing shoppers with the lowest possible prices on the products they want and need.”