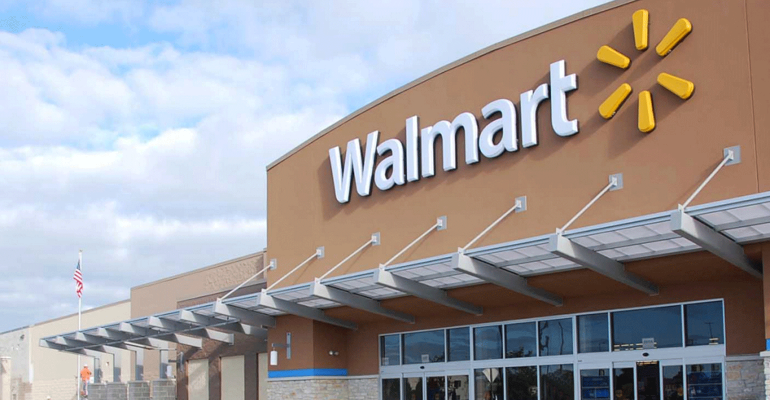 All Walmart stores now require tobacco buyers to be 21

Starting today, Walmart raised the age for purchasing tobacco and electronic cigarette products to 21 at all of its U.S. stores, including Sam’s Club.

John Scudder, U.S. chief compliance and ethics officer at Walmart, announced last month that the new tobacco age policy would go into effect July 1. Previously, the retailer’s minimum age for tobacco and e-cigarette purchases was 18, except in states and municipalities that had enacted laws lifting the legal tobacco age to 21.

With the change, Walmart also is discontinuing the sale of fruit- and dessert-flavored electronic nicotine delivery systems.

In announcing the new policy, Scudder expressed Walmart’s disappointment in not achieving full compliance in enforcing underage tobacco and e-cigarette sales. The Bentonville, Ark.-based retailer had received a letter from the Food and Drug Administration, dated April 5, citing the chain for high rates of tobacco product sales to minors.

“There’s been a lot of discussion lately about how companies restrict the sales of tobacco to minors. Recently, we received a letter from the Food and Drug Administration about the policies we have in place to prevent the sale of tobacco and electronic nicotine delivery systems to anyone under age. While we have implemented a robust compliance program, we are not satisfied with falling short of our companywide goal of 100% compliance,” Scudder stated at the time. “Even a single sale to a minor is one too many, and we take seriously our responsibilities in this regard.”

In a May 8 letter responding to the FDA, Scudder said that, along with raising the purchase age, Walmart is instituting further measures to prevent sales of tobacco and e-cigarette products to minors. They include the use of virtual reality technology to bolster age verification training for associates, expanded use of data and analytics to reduce the risk of an underage sale, and stronger disciplinary action on associates for failed secret-shopper checks.

Scudder reported that in 2018 Walmart passed 94% of 2,400 FDA checks on tobacco purchase age compliance, while Sam’s Club passed 100% of its 15 FDA checks. And of a total of 12,800 FDA checks since 2010, Walmart and Sam’s Club passed 93% and 99%, respectively. In its April 5 letter, the FDA claimed that Walmart had a violation rate of 17% since the agency began its compliance check inspection program in 2010.

“The FDA can be assured that we will remain focused on improving our compliance program and rates and that any sale-to-minor violation will be handled promptly and appropriately — and viewed not as a cost of doing business but as a breach of trust with the customers and communities we serve,” Scudder wrote in his letter. “Our sincere intent and hope are that the changes outlined in this letter will have a substantial public health impact by helping to keep tobacco products out of the hands of minors.”

As of June 20, 16 states — Arkansas, California, Connecticut, Delaware, Hawaii, Illinois, Maine, Maryland, Massachusetts, New Jersey, Oregon, Texas, Utah, Vermont, Virginia and Washington — had raised the tobacco age to 21, along with the District of Columbia and more than 470 municipalities, according to the Campaign for Tobacco-Free Kids.

Measures went into effect as of July 1 in Illinois and Virginia, and Delaware is scheduled to increase the tobacco purchase age to 21 on July 16. Also slated to make the change this year are Arkansas, Texas, Vermont and Maryland, followed by Washington state at the start of 2020 and Utah in mid-2021.