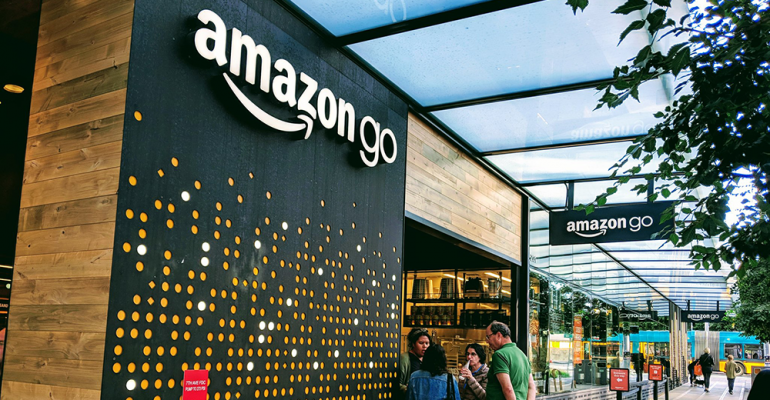 Amazon.com Inc. has set its sights on the Big Apple for one of its cashierless Amazon Go stores.

On Tuesday, Amazon confirmed plans to open an Amazon Go store in New York City. However, the company gave no timetable or details on the store and its location.

News of the planned store had surfaced when published reports said Amazon posted job listings related to an Amazon Go in New York.

Amazon now has five Amazon Go locations opened or in the works. Besides New York, the company has confirmed plans to open the high-tech convenience store concept in Chicago and San Francisco but, again, declined to provide details.

Three Amazon Go stores are already open in Amazon’s hometown of Seattle, and the third location — opening on Sept. 4, only about a week after the second — came as a bit of a surprise to retail industry observers.

The newest Amazon Go, at 300 Boren Ave. N. in Seattle, is the convenience retail banner’s largest so far at 2,100 square feet.

Offered at the store are ready-to-eat breakfast, lunch, dinner and snack options made by the retailer’s chefs as well as favorite local kitchens and bakeries. Customers also will find an assortment of grocery essentials, ranging from staple items like bread and milk to more indulgent fare like artisan cheeses and locally made chocolates.

And in line with the convenience focus, the store stocks an array of chef-designed Amazon Meal Kits, created to provide all the ingredients to prepare a home-cooked dinner for two in about 30 minutes.

As in the other Amazon Go stores, the e-tail giant’s “Just Walk Out” technology enables a checkout-free shopping experience. Shoppers use the Amazon Go mobile app to enter the store. Overhead cameras, weight sensors and deep learning technology detect merchandise that shoppers take from or return to shelves and keep track of the items selected in a virtual cart. When customers leave the store, the Just Walk Out technology automatically debits their Amazon account for the items they take and sends a receipt to the app.