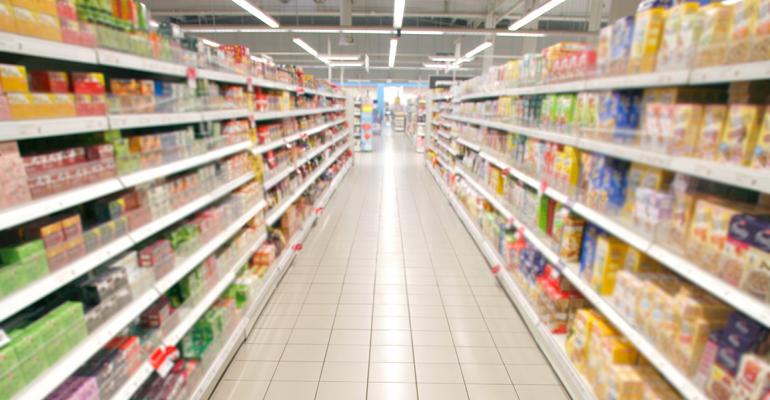 The current deflationary environment in food retail — particularly in the midst of an otherwise healthy economy — is a nearly unprecedented event in recent industry history and indicates an operating climate that has become "just awful," an analyst told SN Friday.

Current price deflation goes beyond the farm issues affecting the price of proteins like eggs and meat, Scott Mushkin of Wolfe Research told SN in an interview. It also reflects overstored markets, changing demographics and the continued growth of nontraditional competitors such as Amazon and Blue Apron.

"There are too many assets chasing too few sales due in large part to over-building and unfavorable demographics," Mushkin said. "This is leading to slack revenue growth and falling prices."

The consumer price index for food at home has been negative on a year-over-year basis since December, Mushkin said, noting that it was only the third time in the last 15 years food had turned deflationary.

"Those other periods of deflation [1992 and 2008-09] always coincided with the bottom of the economic cycle, when things were terrible, people were chasing after sales because demand was not there and unemployment was really high," he said. "That's the not the case this time. It's weird."

Mushkin said easy access to capital for expansion was partly to blame, leading to aggressive building for many chains. "Some retail has gone away, as in the A&P situation, but even the Walmart Express stores are now being recycled by Dollar General," he said. "I think a lot of retailers think they're the one that can do better."

The increased capacity, he added, "is a headwind to operating results across as competitors offer deep and more frequent promotions to drive traffic," citing pricing programs discussed in earnings calls this week by Whole Foods and Supervalu's retail division — both while reviewing disappointing quarterly results.

The competitive heat is additionally being turned up by Wal-Mart Stores, which, according to Wolfe's price checks, has lowered prices in North Carolina by some 6% since March and by around 4.5% in Atlanta over the same period. Mushkin said a similar pricing program is now underway at Walmart stores in the Nashville area.

Mushkin cautioned that the conditions could grow worse, citing demographic challenges. The Boomer generation has grown past its peak grocery buying stages and the Millennial generation is forming families later than preceding generations. That adversely affects shopping because young parents tend to be heavy grocery shoppers. Peak shopping by age belongs today to the meaningfully smaller Generation X, whose spending, Mushkin said, "is spread even thinner across retailers."

Millennials, he added, are also more inclined to shop virtual channels of trade, which continue to grow.