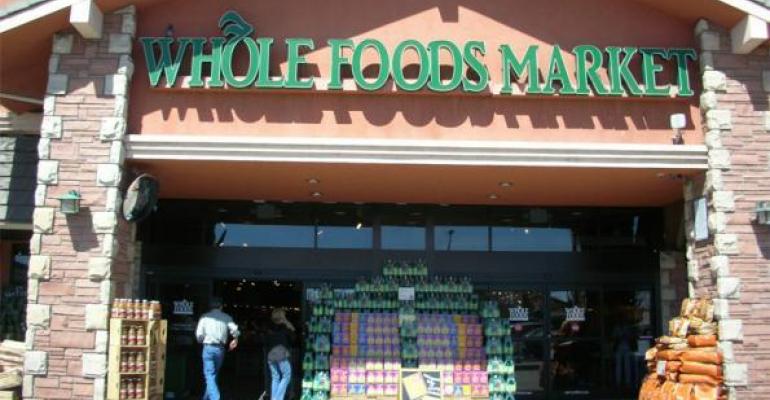 Whole Foods Market has lowered pricing in the perishable sections of its five Austin, Texas, stores as part of an effort to improve its value image, industry observers told SN — though they said it could take up to two years to change consumer perceptions and impact sales if and when the program is rolled out chainwide.

According to Kate Wendt, senior analyst with Wells Fargo Securities, San Francisco, “Price is still a significant barrier in the way people look at Whole Foods, and it will take awhile to change the ‘Whole Paycheck’ perception the company has. But lowering prices in perishables — the category where people shop most frequently at Whole Foods — could help accelerate a change in that perception.”

Jim Hertel, managing partner at Willard Bishop, Barrington, Ill., said changing consumer perceptions about Whole Foods could take awhile. “Depending on the level of the pricing changes in terms of depth and breadth, it will take at least six months before it starts to have any impact and 18 months to 24 months before it has much impact on total results overall,” he said. “For investors, there are likely to be some challenges from a profitability standpoint until that happens.”

Published reports said Whole Foods is lowering prices on 400 produce items. Chain representatives could not be reached for comment.

According to Wendt, it’s important for Whole Foods to change consumer perceptions, “because other than price, there are not a lot of reasons for most people not to shop at Whole Foods — it offers a great shopping experience, transparency, a broad natural and organic selection and quality values on its 365 label.

“But the company has not seen as big a benefit from lowering prices on non-perishables as it thought it would get, so it’s shifting lower pricing to perishables, its primary sales driver, which accounts for two-thirds of total sales,” Wendt added. “Consumers tend to shop for perishables several times a week at Whole Foods, so the thinking is, they might notice the price changes faster there than they would in non-perishables — and perishables is also the section of the store where competitors like Sprouts and Natural Grocers are priced more favorably, so it’s not a surprise that’s where Whole Foods would lower prices.

“At this point the average consumer is probably not aware of what Whole Foods is doing, so by investing more in perishables pricing, it’s drawing more attention to a category that can help change its image.”

Wendt said she believes Whole Foods shifted some pricing investments from non-perishables to perishables “by studying price elasticity and determining which grocery items shoppers will buy regardless of price.” To enable Whole Foods to make sure it can offer lower prices in perishables without lowering quality, Wendt added, “it’s seeking cost-reduction opportunities — similar to what Kroger has been doing — to enable it to make that investment in perishables pricing in a new way that won’t hurt operating margins.”

Another analyst, who declined to be named, told SN that Whole Foods may have made some cost cutbacks in its Austin stores “to make the lower perishables pricing work,” though he said he was unable to pinpoint where it made any cuts.

“One area it could tap for cost-cutting would involve seeking better deals from suppliers,” he said. “Or it could lower its buying standards, given that one reason Sprouts has lower produce prices is it has lower quality standards. But would Whole Foods go down in quality?

“It could also reduce costs by cutting store hours or eliminating positions at the store or regional headquarters level. Whole Foods has a regional structure where different people run categories or departments in every store, every region and every city. While that helps make Whole Foods’ stores unique, it also results in a lot of redundancy relative to the competition.”

Wendt said she believes the perishables pricing program in Austin, which is the company’s home market, is a test prior to a wider rollout “so Whole Foods can make sure it can get the return on price investment with higher unit sales,” she explained. Noting that the chain has said it plans to launch a national ad campaign later this year, Wendt said, “Initially that campaign is likely to emphasize the company’s quality standards versus other grocers, but it may also highlight its improved value offering as the lower perishables pricing program gets a wider rollout.”

In addition to lowering perishables pricing, Whole Foods is also offering more promotions in the Austin market, Wendt pointed out, “with better signage to do a better job of communicating in-store promotions.

“And looking ahead, the chain is likely to introduce more value items in produce — perhaps something like a $1 avocado — so it’s not lowering the quality but is offering an alternative to the larger, higher-priced sizes, to give customers more choices.”