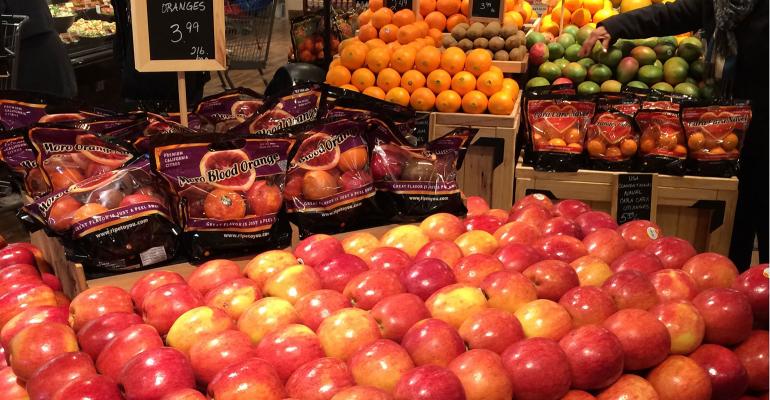 In his first public remarks since taking the reins of ailing specialty chain The Fresh Market in September, Rick Anicetti laid out a turnaround plan based on improved efficiency, sharper pricing, better customer outreach and refining the definition of the brand.

The former Food Lion executive acknowledged that The Fresh Market encountered struggles as competitors — primarily conventional supermarkets — have upped their game in recent years. “While The Fresh Market is still loved by millions of shoppers, the company's overall value proposition has been challenged in today's dynamic food retail shopping environment,” he said while reviewing quarterly financial results with analysts on Thursday.

Applying some lessons gleaned from running conventional stores, Anicetti said he could improve margins at The Fresh Market by 2% to 3% with more efficient approaches to labor and shrink and by “a sharper focus on fewer items” used in promotions. Addressing consumer perceptions about pricing, Anicetti has engaged an outside consultant to help the company gain market intelligence, identify items on which it needs to be more price competitive, establish price zones, and reduce retails on “several hundred” items.

Pricing action designed to stabilize sliding sales in time for the holidays is already underway at stores throughout the chain, Ancietti said. The company intends to establish key value items and adjust pricing relative to the competition in January, he added as part of a more strategic approach to price than the chain may have enacted under Anicetti’s predecessors.

“I think consumers are far more discerning today with regard to value than they may have been in the past,” Anicetti said. “And I think they're willing to take a look at things like service and quality and taste and ambience and experience and be willing to pay a higher price for that kind of experience inside of a store, and so we need to continue looking across the spectrum of our value proposition.

“Obviously, price is the one that can be most easily changed and perhaps changed the quickest,” he added. “And that's the one that we're sort of focused on right now because of the productivity improvements that we've seen.”

The Fresh Market hadn’t previously used what Anicetti called a “brand appropriate strategic approach to pricing,” but he said the company would look now to establishing pricing zones based on competitive clusters of stores, and identifying primary and secondary competitors.

“We're not looking to match price,” he said, “We just need to be right on price, and being right on price means understanding the components of the value equation, understanding the quality difference and the taste difference between products that we're carrying and those that we're competing with, and being able to turn the value appropriate price that we can charge for those items.”

Anicetti praised his predecessors for the work on brand positioning at Fresh Market, but declined to share specific details of his vision for the brand before a consumer relaunch, only to say “it is about special. It is about experience. It is about the food we sell.”

He added that Fresh Market intended to tell its story to consumers more frequently using ads, direct mail, social media and other means.

“Are we going to become a 2.5 times a week shopping location? No. But we've got a really significant opportunity to capture the minds of our guests in a way that they can treat their families, themselves, special on a more frequent basis,” he said. “And we think that begins with us telling our story more effectively and perhaps most importantly, more frequently, which has not been something that we've done.

“On a historical basis, we've been much more of the belief that build it and they will come and they did, [but] the marketplace has become more competitive and more noisy, and we've got to start to get a greater share of that noise,” he added.

That message, moreover, would be carried out in a new approach to better distinguish The Fresh Market in center store — a part of the store that currently comprises 40% of the floor space — but only 20% of its sales.

Anicetti also said the company would work to better connect to customers. He revealed the company had been testing a loyalty program at a single store, but that the test would be soon expanded to five stores in January. Anicetti noted the program he envisions would not require customers to carry a card.

The company also Thursday said its board's review of strategic options was continuing, but declined to comment on its progress. Reports have linked that action to the possibility that founder Ray Berry may want to take the chain private in partnership with a private equity partner.