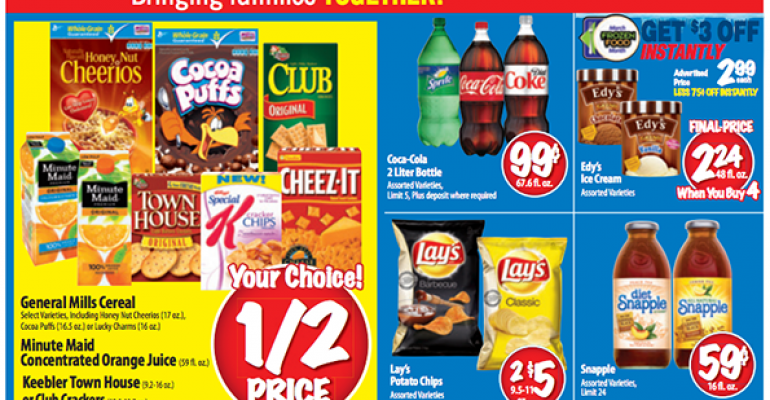 Pathmark and Waldbaum's stores operating in the New York borough of Staten Island have combined their weekly ad flyer.

Officials of A&P, based in Montvale, N.J., declined to answer questions about the change, or say whether plans were in the works to combine ads in other markets where they operate both Pathmark and conventional banners.

Officials previously defined Pathmark as a “price impact” banner as opposed to conventional or "fresh" positioning for Waldbaum's, and ran the divisions separately.

The ads running in Staten Island in March resemble Pathmark flyers in other markets but include a Waldbaum's logo and say “Pathmark + Waldbaum's: Serving Staten Island for over 75 years.”

There are five Pathmark stores and two Waldbaum's location in Staten Island. In other areas where both banners operate, including Brooklyn, Queens and Long Island, the brands have maintained separate flyers. Both chains however recently dropped their loyalty cards.