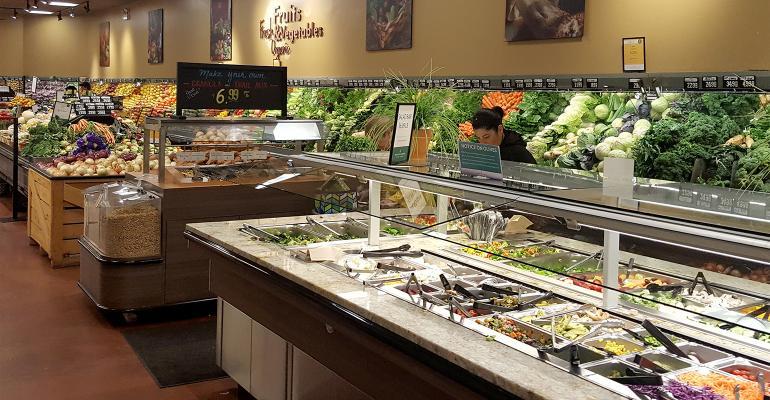 Courtesy of Associated Wholesale Grocers
Treasure Island Foods is among the Chicago area retailers that have contributed to AWG's bottom line.
News>Retail & Financial

Associated Whole Grocers said the addition of new customers in the Chicago area contributed to strong growth in 2017.

The member-owned wholesale cooperative, based in Kansas City, Kan., reported a 5.7% increase in consolidated net sales, to $9.7 billion, for the recently ended fiscal year. The year-end patronage dividend was a record $203.4 million, vs. $201.7 million in 2016.

The company said cooperative sales increased 10.5%, to $8.48 billion. The total distribution of cooperative benefits returned to shareholders, including interest, allowances and patronage, was a record $576.9 million.

“I’m pleased our cooperative could reposition its operating footprint and take advantage of new growth opportunities all at the same time,” said Barry Queen, chairman of AWG, in a statement. “While there were bright spots in many areas, the explosive growth in the Chicagoland area was the most impressive. I think we went from a negligible market share to the wholesale leader to independent grocers there all in a single year.”

“The new members there are a great addition to our cooperative family, and we are excited to learn from them as they’re fine operators,” Queen said.

AWG had expanded in the Chicago area in 2016 through its acquisition of Affiliated Foods Midwest, another cooperative wholesaler. AFM operated a Kenosha, Wis., distribution facility that serves the Chicagoland market.

David Smith, president and CEO of AWG, said the wholesaler has been able to reduce costs for members though its increased buying power.

“While we were blessed by strong sales growth, we’re most proud of the $50 million in cost of goods reductions our members have received and will carry forward to be more competitive in their respective markets,” he said.

The company said the trading value of its Class A shares, which are not publicly traded, increased 10%, to $2,200 per share.

At its March 28 annual meeting, which AWG said was built around the “Future Focused” theme, the company detailed plans to continue to support its members.

“We have new competition heating it up in the physical and digital space, and it’s not going to be slowing down anytime soon,” said Queen. “As a member-owned cooperative, we band together to take these challenges head-on, and we rely fully on AWG to provide us with what we need to remain successful and relevant.”