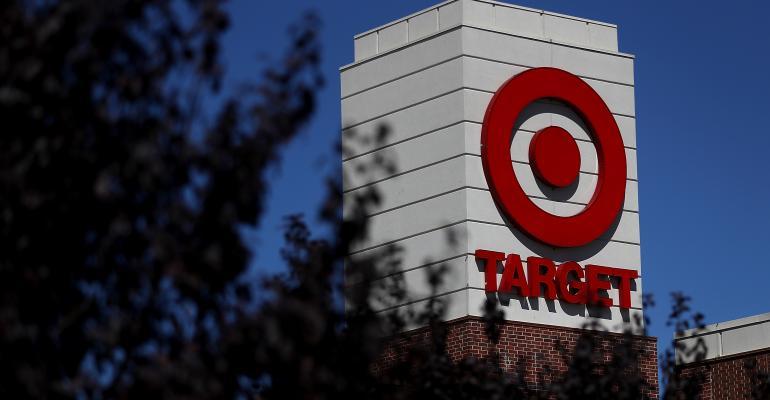 The old adage that “everything’s bigger in Texas” gets thrown around a lot. However, that’s not necessarily the case for Walmart as it's testing a small-format store concept in the Dallas-Fort Worth market.

Customers can buy quick items, including sandwiches, pizza, snacks and coffee, as well as grocery essentials like bread and milk.

Walmart officials say the new stores are another part of Walmart's strategy to make shopping convenient; other strategies include online deliveries and curbside pick-up towers. Walmart continues to grow its e-commerce arm through in-store pickup services as it battles for shoppers with Amazon.

Offering gas in Walmart’s parking lots isn’t a new concept as Murphy USA operates some 1,000 gas stations for the retailer. However, now Walmart will build and operate its own gas stations/convenience stores.

Walmart continues to test other small-store formats as well. It launched a convenience/grocery pick-up store concept called Walmart Pickup With Fuel in 2016. It operates two 4,000-square-foot locations in Colorado and Alabama. The stores include standard convenience store items, but also drive-throughs for picking up online grocery orders.

Meanwhile, the retailer’s small-format Walmart Express concept was pulled in 2016.

Other chains getting in on the act

Walmart isn’t the only big retailer experimenting with its brick-and-mortar strategy. Department store Kohl’s is cutting back its in-store merchandise, downsizing its real estate footprint in hundreds of locations and teaming up with grocery or convenience retailers.

Discount grocer Aldi will be Kohl’s first partner to sublease space in its downsized stores. Kohl’s is adding Aldi to as many as 10 stores this year in a pilot test. Soon Kohl’s shoppers will be able to buy bread and milk along with their jeans and workout gear. If the combination is successful, it could be expanded to other Kohl’s stores nationally.

“Adding a grocery store or other stores that are comparable makes Kohl’s more relevant and makes a shopping trip to the store more suitable to the current way people shop,” says Gerald S. Divaris, chairman/CEO of Divaris Real Estate Consulting in Virginia Beach.

In another move to increase foot traffic, Kohl’s has partnered with Amazon to sell Amazon products and accept Amazon returns in its stores. The department store also beefed up its online game.

“Kohl’s is a good example of somebody who has adapted,” Divaris says. “Their new concept has the omni-channel component.”

Big-box retailer Target is building smaller, more streamlined urban-format stores as it continues to adapt its brick-and-mortar strategy and reach consumers that may live far from traditional, suburban Target stores. By the end of 2019, Target plans to operate more than 130 small-format locations nationally. They typically range from 20,000 to 40,000 square feet compared with the traditional 130,000-square-foot Target stores.

“The land is a lot more expensive and a lot more difficult to find, so in order to have a presence and serve those customers you’re seeing Target doing these smaller prototypes,” Reiling-Holden says.

The smaller stores focus on more necessity-type goods and services, including grocery and pharmacy. Target is opening them in big cities — New York, Los Angeles and Chicago — and some locations will offer same-day delivery services.

Target is also opening small-format stores on or near college campuses, with three more scheduled to open by year-end.

The retailer is trying to tailor each store’s product to the needs and interests of local customers.

“There’s the idea of personalization, and when you translate that from a real estate perspective, it means localization,” says Nikki Baird, vice president of retail innovation at Aptos, an Atlanta-based retail technology solutions provider. “As more and more customers are expecting a ‘personalized experience,’ what that translates to in terms of physical shopping is, ‘I want to go to a store that has products that are catered to what I want.’ You have to look at that location and demographics of who would shop at that location in order to make that kind of tailoring.”

Baird says part of what big-box retail has suffered from is trying to be everything to everyone.

It seems the opposite is occurring moving now. “Retail is much more personalized and localized”—and pulling from a smaller area, she says.

Like Target, giant Swedish big-box retailer Ikea, whose typical stores are about 300,000 square feet, is testing smaller-urban format stores and will open its first one in central London this fall. More may be opening in Europe, but none are yet announced for the United States. The stores will carry less inventory and be more of a showroom experience. Consumers will use touch-screen computers to place orders and arrange for delivery or pick-up later. Ikea plans to boost its online presence and introduce 24-hour online delivery to better compete with the likes of Amazon.

“Nordstrom is experimenting with a smaller-format store,” Baird says. “They’re basically inventory-less stores, so it’s almost like a showroom.”

Called Nordstrom Local, these stores won't keep inventory to buy in stock. Nordstrom will instead pull merchandise from other stores and its website.

The stores are around 3,000 square feet compared with a typical Nordstrom at 140,000 square feet. The first small-format location opened in West Hollywood, Calif., and two more are scheduled to open this fall — both in Los Angeles. They offer tailoring, manicures, same-day online purchase pick-up and personal stylists. They’re “experiential locations.”

Industry experts say retailers must figure out the right mix of their physical footprint and e-commerce.

“A lot of retailers who are not nimble are the ones that are having problems,” Reiling-Holden says. “They’ve just stayed the course, and you’ve seen that they’re the ones that have filed a lot of bankruptcies. … And just to do an online presence isn’t necessarily going to give them the survival coverage they need.”

Retailers who understand the “fusion between the different channels” are going to be successful, Divaris adds. “That will result in potentially different sized stores, different locations of the stores and different markets they will go into, and we see that occurring right before our eyes,” he says.