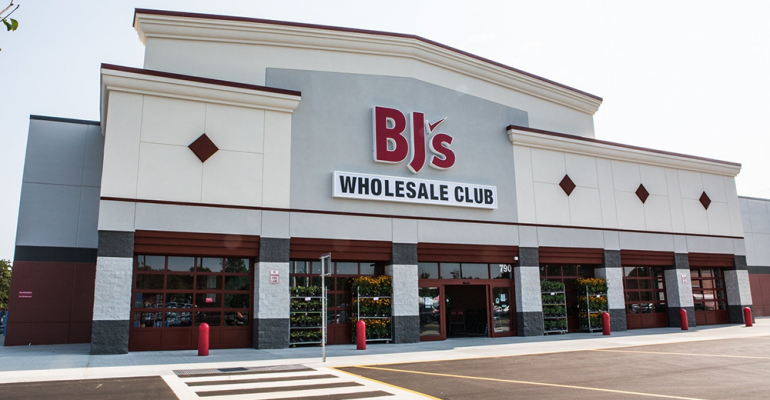 Next week, BJ’s Wholesale Club plans to kick off an extended membership drive that will open up its stores to all shoppers.

Dubbed “Welcome One and All,” the event — running Oct. 15 to Nov. 4 — will enable consumers to “experience the convenient perks of a BJ’s membership” without having to pay a membership fee, the Westborough, Mass.-based warehouse club chain said.

BJ’s noted that the promotion will give it an opportunity to showcase its enhanced product assortment and array of online shopping options, including its same-day home delivery and Shop BJs.com – Pick Up in Club services, Add-to-Card digital coupon capability and the BJ's mobile app. Non-members also will be able to take advantage of discounted fuel prices at BJ’s Gas stations, located at more than half of its club locations.

During the Welcome One and All event, first-time BJs shoppers can sign up for a free, three-month trial membership or join for $25 for 12 months — $30 off the regular annual membership fee — via the BJ’s Easy Renewal program. Those enrolling for a membership in-club through the promotion will get one free same-day delivery on a BJs.com order.

BJ’s also plans to highlight its everyday grocery pricing, which the company said saves customers 25% on national brands versus supermarkets; its Berkley Jensen and Wellsley Farms private labels; and its variety of fresh food, which the retailer said eclipses that of other clubs. For example, BJ’s noted that it’s the only major warehouse club with a full-service deli counter. Members, too, can ask BJ’s butchers to cut fresh meat cut to their specifications and have it repackaged at no additional charge.

“We’ve transformed our clubs with convenient new services and great products, giving members more ways to save time and money,” Lee Delaney, executive vice president and chief commercial officer at BJ’s, said in a statement. “We’re proud to showcase the new BJ’s Wholesale Club, and we welcome all shoppers to experience what a BJ’s membership has to offer.”

BJ’s is eyeing growth after recently becoming a public company again. On June 28, the company began trading on the New York Stock Exchange after a nearly a seven-year absence following a $2.8 billion buyout by investment firms Leonard Green & Partners and CVS Capital Partners in September 2011.

The initial public offering of $17 per common share was completed on July 2, in which BJ’s sold 43.1 million shares for net proceeds of $691 million. Most of the IPO funds were used to pay down debt. Then in late September, the company priced a follow-on public offering by stockholders of 28 million shares at $26.

Still, at a recent Supermarket News roundtable, food retail analysts agreed that BJ’s has its work cut out amid the intensifying competition in the grocery space.

“The challenge is they are cheaper, but that value equation has been known in the Northeast for a really long time. So the question is, can the management team improve the merchandise?” Wolfe Research analyst Scott Mushkin said, adding that BJ’s array of merchandise and services pales in comparison to that of rival Costco Wholesale Corp. “It’s basically a food warehouse,” he noted about BJ’s.