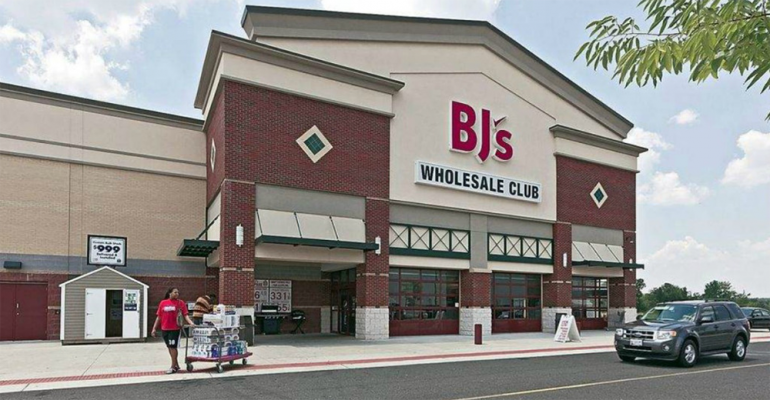 BJ’s noted that its merchandise gross margin rate gained by 80 basis points, stemming mainly from progress in its category profitability improvement program. Including gasoline sales, gross profit in the quarter increased to $588.5 million from $553.3 million a year ago. 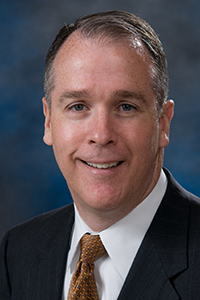 “We are pleased with our second-quarter results, which exceeded our expectations,” Chairman and CEO Christopher Baldwin (left) said in a statement. “We’re still in the very early stages of our transformation. Our progress is accelerating as we work to attract and retain members, get them shopping and make it more convenient to shop at BJ’s. As a result of our performance, we have increased our expectations for the full year.”

On June 28, BJ’s began trading on the New York Stock Exchange (ticker symbol “BJ”) after a nearly a seven-year absence from the public markets. In September 2011, investment firms Leonard Green & Partners and CVS Capital Partners had the wholesale club private in a $2.8 billion buyout.

BJ’s completed its initial public offering of $17 per common share on July 2, selling 43.1 million shares overall for net proceeds of $691 million. The company said it used most of the IPO proceeds to repay the $623.2 million principal amount of debt and $10.2 million of accrued and unpaid interest and prepayment premium from a second lien term loan.

Analysts, on average, had projected BJ’s adjusted earnings per share (EPS) at 27 cents, with estimates ranging from a low of 8 cents to a high of 38 cents, according to Thomson Reuters.

Second-quarter operating income was $38.7 million versus to $74.8 million a year ago. Excluding charges from stock-based compensation related to the IPO, IPO-related costs, management fees and compensatory payments related to stock options, operating income came in at $89.7 million, up from $78.9 million in the year-ago period.

“As a result of our performance, we have increased our expectations for the full year,” Baldwin stated.

The retailer’s shares were up 85 cents to $27.73 as of late morning trading on Wednesday. The company operates 215 warehouse clubs, including 135 fuel locations, in 16 Eastern states.

According to Jefferies analyst Christopher Mandeville, BJ’s turned in a strong quarterly showing “out of the IPO gate and has an “encouraging” full-year outlook.

“Positioned as the club with a greater grocery emphasis, we're encouraged by a strong acceleration on the perishables two-year stack and the comp [sales] guidance suggesting continued momentum,” he wrote in a research note yesterday. “We believe BJ’s has a long runway to grow its membership fee income, improve comps and bolster profitability. However, it doesn't need to be Costco for the stock to work.”

Mandeville also pointed to the strides BJ’s has made with its category profitability improvement (CPI) program.

“BJ’s is aggressively using data to enhance its negotiations with vendors, and it's paying dividends. Management initially expected CPI to yield $260 million in annualized savings for fiscal 2017-18, but results are already greater than $300 million,” he explained. “Finding additional cost savings is an iterative process, and after having hit a majority of categories at least once, BJ continues to work with suppliers in order to reinvest savings back into merchandising/marketing/value — to maintain price gap discipline of 10% to 15% for mass and 25% with grocers — and further improve the member experience.”

Going forward, digital will be a “core path” for BJ’s in expanding its membership base, according to Mandeville. The retailer has bolstered its omnichannel presence via its mobile app, which has seen more than 1 million in less than a year, and expansion of buy-online-pickup-in-club (BOPIC) and same-day delivery, he said.

“Currently available in all 215 clubs, BOPIC attracts a younger member (aggressively marketing on social media) with notably larger baskets (primarily general merchandise) verus other shoppers — half of customers make additional purchases in-store,” Mandeville wrote in his report. “Same-day delivery is now available to 70% of members via its website or Instacart for non-members. While still early, management is encouraged by initial results from same-day delivery and aims to expand marketing efforts around digital in the third quarter.”