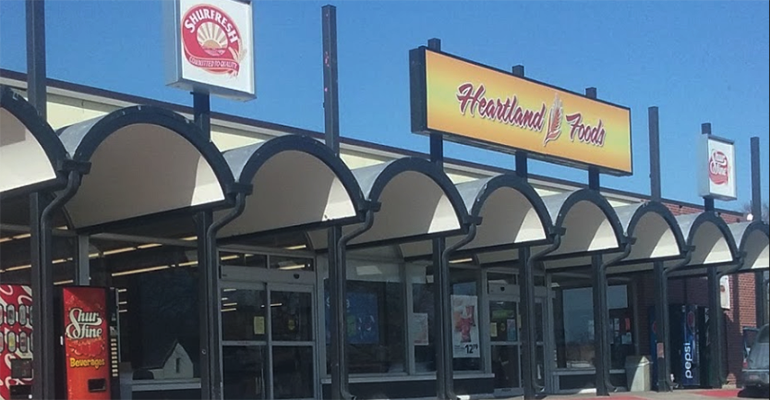 Plans call for the acquired store to be converted to a Russ’s Market, one of Lincoln, Neb.-based B&R’s three retail banners. Financial terms of the transaction, expected to close in October, weren’t disclosed.

“Russ’s Market has been serving customers in the state of Nebraska for over 50 years,” B&R Stores President Pat Raybould said in a statement. “The cities of Lincoln, Hastings and Waverly have welcomed us, and we have worked to become a part of the fabric of the community. We look forward to expanding that same dedication and service to the community of Beatrice.”

With the acquisition, B&R will have 19 stores overall in Nebraska and Iowa. The company, founded in 1964, currently operates supermarkets under the Russ’s Market (seven stores in Nebraska), Super Saver (nine stores in Nebraska, one in Iowa) and Apple Market (one store in Nebraska) banners.

B&R, which announced the deal yesterday, said the Heartland Foods employees will be interviewed for jobs at Russ’s Market next week.

“Our goal is to retain as many employees as we can. We want to make this a smooth transition for both customers and employees,” commented Nick Kelso, district manager for Russ’s. “We are thrilled to bring the Russ’s Market family to a great, new city.”

When the sale transaction closes, Heartland Foods will operate five grocery stores and one liquor store in Kansas. The Heartland Foods ownership group has owned the Beatrice store since October 2009.

"We have really enjoyed our time in Beatrice. We're proud of the employee relationships we've built over the years, and we greatly appreciate the loyal customer following we've enjoyed,” said John Dyer, supervising co-owner. “Beatrice has proven to be a good place for us to do business."