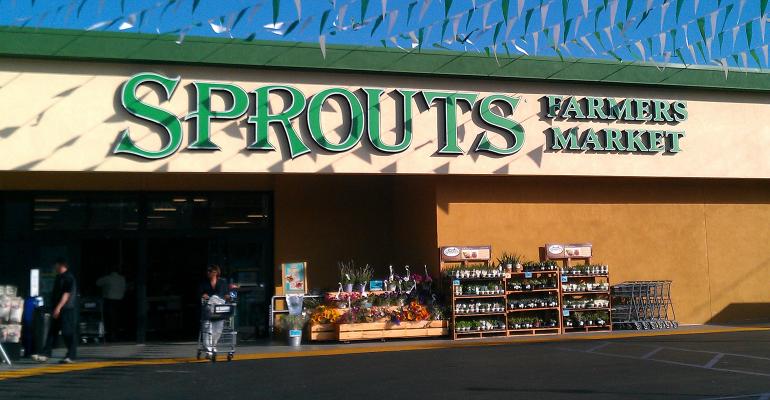 The CFO of Sprouts Farmers Market said Tuesday that he expects the retailer’s burgeoning partnership with Amazon Prime Now for grocery ordering and delivery will continue despite Amazon’s acquisition of Sprouts’ competitor, Whole Foods Market.

Speaking at the Jefferies Global Consumer Conference Tuesday morning, Bradley Lukow, CFO of the Phoenix-based retailer, said initial discussions with Amazon Prime Now, which for the last year has provided e-commerce services for 10 Sprouts stores with plans to double that this year and expand more significantly in 2018, indicated it was “business as usual” for the partnership, citing Amazon’s “channel-agnostic” approach to business and a team at Amazon Prime Now that competes with its sister Amazon Fresh business. Prime Now provides two-hour delivery of select Amazon.com items as well as delivery from participating retailers exclusively for Prime shoppers. Amazon Fresh shoppers buy groceries for delivery direct from Amazon.

Amazon on Friday announced plans to acquire Whole Foods Market —a combination that could have wide-ranging implications throughout physical grocery retail and e-commerce.

Should either Sprouts or Amazon decide to back out of their partnership, Lukow said, they previously agreed to provide one another with “ample time” to redirect with another platform.

“Amazon is focused on serving the end customer, they're agnostic as to channel, that's what we've seen in our discussions,” Lukow said. “Clearly Amazon partners with many partners. AmazonFresh has existed for a dozen years or more. The team that we deal with at [Amazon Prime Now] is a distinct team and competes with AmazonFresh. We negotiated specific terms in our contract with Amazon and before we led to the conclusion to partner with Amazon, we spoke to a number of other parties that were in this game and that we could partner with.

“We partnered with Amazon, but we were very clear in the contract that should either party to decide to end the relationship there is a long transition period to give ample time to redirect to another platform. And it's obviously just been a couple days since the [Whole Foods] announcements. I think, we will sit back and contemplate what this means and make the right decision from the Sprouts standpoint and I'm sure Amazon will do the same. But at this point, the preliminary discussions, the initial discussions we had with our APN team is, they were surprised by it and they said, ‘it's business as usual.’”

Lukow said Sprouts was pleased with the results of the stores offering the Prime Now service, saying its availability has extended the geographic reach of stores and is resulting in baskets twice as large as in-store purchases. Sprouts has been cautious on expanding the offering quickly so as to gain a better understanding of the in-stock effects, he added.

Lukow said he anticipated Whole Foods would address pricing under its new parent but stressed that price already was a major point of differentiation between Sprouts and Whole Foods, and that the companies tend to have “significantly different” customer bases. “We are going after the broad demographic in the U.S., median household income,” he said. “And when we look at where a Whole Foods customer is located, it's much more upscale. And so much less overlap because, fundamentally, we're going after different customers.

“Clearly, it remains to be seen what will happen with the [Whole Foods-Amazon] combination. Obviously, I think there would be price investments,” he continued. “But when we look at our price delta with Whole Foods, it's, shall we say, quite meaningful. And when we price …we're pricing against the nearest conventional competitor. Whole Foods is not showing up on the radar screen because they're just dramatically higher [in] price.”