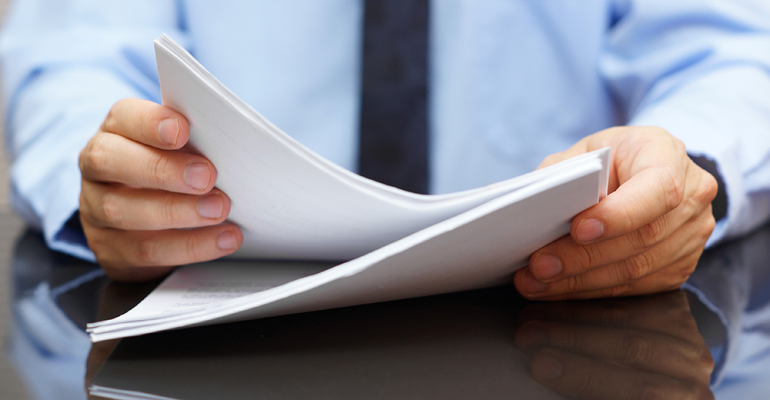 Corporate salaries in the retail grocery sector edged up in 2018 as companies pursued a diverse mix of skills and experience to meet the demands of an omnichannel business model.

Data from Austin-Michael, a Golden, Colo.-based executive search firm specializing in grocery retail, shows that salaries rose slightly for a number of positions but generally held firm across the C-suite and senior and mid-level management.

The research listed annual salary levels at grocery retailers in three categories: large ($10 billion or more in sales), medium ($2 billion to $10 billion in sales) and small ($500 million to $2 billion in sales). Bonuses, special incentives and other compensation were excluded. (See adjacent charts for 2018/2017 salaries by position and company size.)

Of all positions, the salary for large-company CEOs gained the most in dollars, climbing to $1.7 million from $1.6 million in 2017 and representing a 6.3% gain, according to Austin-Michael. Yet the vice president of meat/seafood position at large companies saw the biggest percentage increase, up 9.1% to $240,000 from $220,000.

The meat/seafood VP post also had a strong salary gain at midsize grocers, rising 7.1% to $225,000 from $210,000. Other positions with notable increases at medium companies included senior VP of merchandising, VP of general merchandise and VP of produce/floral.

“Compared with last year, you see the pretty steady increases that you normally see. But the biggest thing goes beyond the numbers, and that’s the new positions being created,” said Jose Tamez, managing general partner at Austin-Michael. “That’s more of an indication of what’s trending — be it a digital role at a senior level, an omnichannel role or customer experience types of roles. Those particular roles have been in retail for some time but in other segments, such as department stores or fashion. Now they are making their way into grocery.”

Finding good candidates for emerging roles in digital/omnichannel and customer experience can be a “difficult sea to navigate” because the job requirements remain somewhat ambiguous, according to Tamez. The “ideal person” must have experience and expertise across the spectrum — in areas like strategy, operations, customer service, marketing/merchandising, technology and/or supply chain — as well as have “extremely good soft skills to be successful,” he noted.

To get the talent they seek, supermarket retailers have increasingly had to look outside their industry, Tamez pointed out.

“They also have had to figure out where these people are going to be housed in the organization. That’s often the issue that confronts a lot of grocery retailers. Where does an ‘omnichannel person’ report — to marketing, operations, merchandising or IT? The answer is, the role can go into any of those places, but it must work alongside or cross-function with all of them, which it normally does,” he said. “Where this role is starting to be more and more aligned with is the CEO and strategy. But again, it works cross-functionally with operations, merchandising, marketing, IT plus supply chain and fulfillment.”

Tamez described the ability to work well across departments as integral to omnichannel-related positions. “If you gave me an expert technician, yet they didn’t grade well in working collaboratively and cross-functionally, then I would omit them as a potential candidate,” he said.

Fresh and Tech Expertise in Demand

Among other areas of the grocery retail organization, loss prevention was a key talent need last year. But this year, Tamez said, food retailers have sharpened their focus on the perimeter of the store.

“One area where need has surfaced over the second half of the year — particularly over the past two to three months — is perishables,” he said. “The perishables positions have become more critical to grocery retailers because they fall under the area of enhancing customer experience.”

In the latter part of 2018, there was an increase in the number of openings for perishables-related jobs, according to Tamez.

“Grocery professionals tell me weekly that there’s not really a whole lot they can do to improve the customer experience where the cans of beans are in aisle eight. But on the perimeter of the store, you can do more to improve the customer experience,” he said. “I think that, in 2019, perishables will take on greater importance to companies. It’s going to get more emphasis. Bear in mind, it’s the perishables area where customers are uncomfortable having their product selection done by Instacart or Shipt. Perishables gives grocers a chance to keep store visits part of a person’s normal week.”

Other skill sets that will be in demand include expertise in systems that speed grocery checkout as well as in customer data analytics.

“Grocery has a long history and strong ability in capturing data on customers,” Tamez said. “If you talk to other segments of retail, they’ve always admired this but have been curious about why grocery hasn’t been able to utilize that information better. I think now grocery is in a position where they could do that.”

Regarding job candidates’ experience, the size of the companies they’ve worked at has become less of a factor.

“In the past, one differentiating factor in the grocery channel was a history of handling scale — a small company with 50 stores versus a larger company of 300, 400 or 500 stores. ‘Has he or she handled scale?’ Now, scale still plays a part, but what’s more important are agility and strategic thinking. Those are components I’m measuring with candidates much more today than I did four or five years ago,” said Tamez.

“If you have a management style that tends to be more toward the model that fit the industry 10 years ago, I would say there’s still a spot for you in the industry today. However, it won’t likely be a leadership type of role; it will be in more of a tactical or support role,” he added.

Given the tremendous change in the grocery arena in recent years, the ability to adapt has become paramount. “The grocery industry still moves in a somewhat linear fashion. But in the last year and a half, it has moved in a more jagged fashion,” Tamez said. “So the people who can think and move along that jagged line very well, very quickly and adapt are the ones who are sought after the most.”