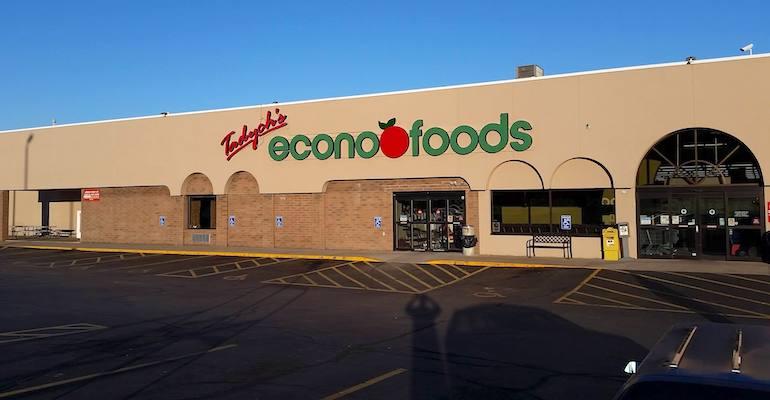 Tadych's Econofoods
Coborn's purchase of the six Tadych’s Econofoods stores in Michigan and Wisconsin will give it 66 stores overall in five Midwestern states.
News>Retail & Financial

St. Cloud, Minn.-based Coborn’s said Tuesday that it has agreed to buy Econofoods stores in Sturgeon Bay, Clintonville and Brillon, Wis., and in Marquette, Iron Mountain and Houghton, Mich. All of the locations are operated by the Tadych family, doing business as T&C Markets, based in Brillion, Wis. The transaction is expected to close in early December, pending customary closing conditions.

With the deal, Coborn’s — which marked its 100th year in 2021 — will expand into its fifth state, Michigan. The chain currently operates 59 supermarkets stores across Minnesota, North Dakota, South Dakota and Wisconsin under the Coborn’s, Cash Wise Foods, Marketplace Foods and Hornbacher’s banners. Next month, a new Coborn’s Marketplace is slated to open Buffalo, Minn., and including that location and the acquired Tadych’s stores, Coborn’s will grow its retail network to 66 grocery stores.

“The Tadych family has run their family of stores with great care and is a highly-respected retailer,” Coborn’s Chairman, President and CEO Chris Coborn said in a statement. “We look forward to extending the same operating philosophies in these locations that have made us successful for 100 years: investing and training for our people, supporting our communities and investing in our stores to improve the experience for our guests. We look forward to having the entire Tadych team join our team to learn more about their operations and communities.” 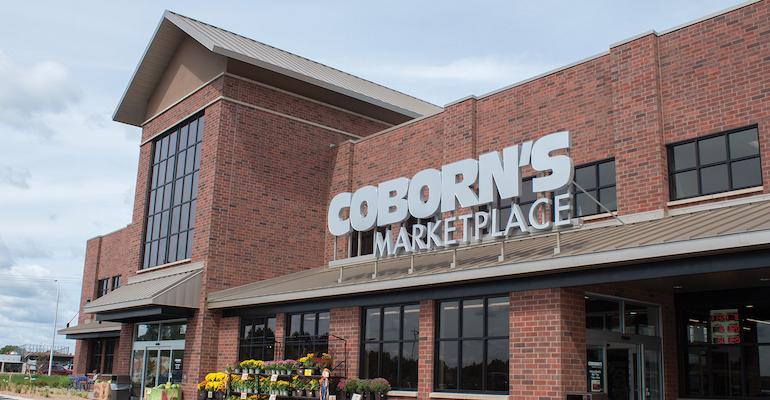 Coborn's plans to open a new Coborn’s Marketplace in Buffalo, Minn., in November.

Plans call for the acquired stores to retain the Tadych’s name and all of the 800 employees to be hired by Coborn’s. “This is our first entry into the state of Michigan, so we have some things to learn, some added distance to figure out and to onboard their team into our organization,” Coborn added.

Coborn’s retail operation also includes stand-alone convenience stores, liquor stores and pharmacies, for a total of about 130 outlets. The company, too, operates its own central bakery, dry cleaning facility and grocery distribution center.

T&C Markets was founded by James Tadych, who started his grocery career as a young man working in his father’s family store and then went on to buy his own first store in Brillion in 1968 after returning from service in the U.S. Army. From there, he continued to open additional stores to serve the region.

“This sale makes perfect sense for our family and for our employees,” stated current T&C Markets owner Mike Tadych, the son of James Tadych. “Coborn’s has long been a highly respected company, and we felt perfectly aligned with their values, operational standards, support of the communities they operate in and, most importantly, the company culture and commitment to their employees. We are grateful to all of our customers and employees who have helped us build our business over the past five decades. I know our communities and employees are in good hands as we make this transition.”

Econofoods currently is listed as a retail banner on the website of grocery distributor SpartanNash but has seen its store count dwindle, including via conversions to other company banners, such as Family Fare. Aside from the Tadych’s stores, current Econofoods locations include Wahpeton, N.D., and Breckenridge, Minn., as well as Somerset, Wis.