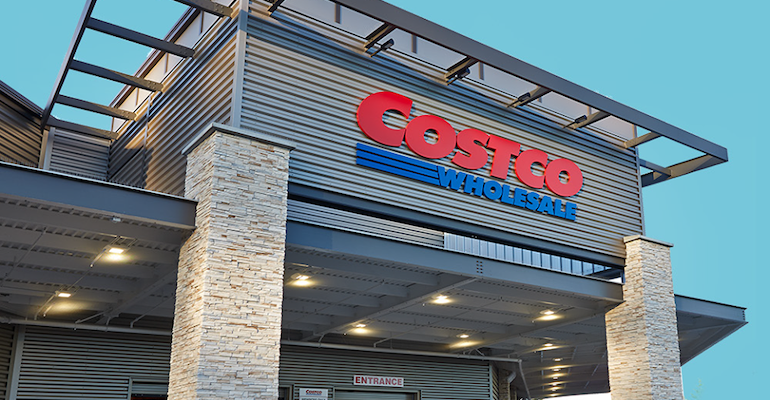 Costco Wholesale gave a peek at fiscal 2021 first-quarter results in reporting double-digit sales gains across the board for November.

“Our comp traffic, or frequency, for November was up 5.7% worldwide and 8.4% in the U.S.,” David Sherwood, assistant vice president of finance and investor relations at Costco, said in a conference call. “Worldwide, the average transaction was up 7.2%, which included a net negative impact of 125 basis points from gasoline deflation and FX.” 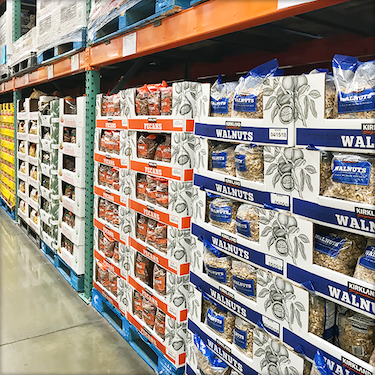 Food sales were a catalyst for Costco's November comp results, with more than 20% growth. (Photo courtesy of Costco)

U.S. regions turning in the strongest results for the month were the Southeast, the Northeast and Texas, according to Sherwood.

“Food and sundries were positive low 20s,” he said of category comp-sales performance companywide in November. “Departments with the strongest results were sundries, frozen foods and cooler. Fresh foods were up mid-20s; better-performing departments included meat and produce. Hardlines were positive mid-teens; better performing departments included sporting goods, office supplies and hardware. Softlines were positive mid-teens. Home furnishings, jewelry and small appliances were strong in the month. Ancillary business sales were down mid-teens, primarily due to lower sales and gasoline and food court. Optical was flat, and hearing aids were down slightly.”

Full first-quarter sales and earnings are scheduled to be reported on Dec. 10.

Issaquah, Wash.-based Costco finished the first quarter with 803 warehouse clubs overall, compared with 785 a year earlier. By market, the retailer operates 558 clubs in the U.S. (including Puerto Rico), 102 in Canada, 39 in Mexico, 29 in the United Kingdom, 27 in Japan, 16 in Korea, 14 in Taiwan, 12 in Australia, three in Spain and one each in Iceland, France and China. Costco also operates e-commerce sites in the U.S., Canada, the U.K., Mexico, Korea, Taiwan, Japan and Australia.

“Food continues to anchor comp sales at positive low/mid-20s in November, consistent with October,” Wissink wrote in a research note. “Hardlines saw a notable deceleration from positive mid-20s to positive mid-teens, with sporting goods, office and hardware overindexing. We estimate the slowdown in hardlines, which was 16% of net sales in fiscal 2019, was likely a 1% to 2% comp headwind. Softlines remained positive mid-teens, with home, jewelry, and small appliances strong.”

Costco’s softer performance in the last week of November likely reflects the lapping of Black Friday in the reporting period, according to Wissink. The traditional holiday shopping kickoff day saw noticeably lesser traffic around the country this year, in large part due to a resurgence of of COVID-19.

“Results imply the last week of November was a -90/-110bps headwind to total/core comps for the 13-week period ending Nov. 29. We believe this slowdown is outsized, given the company is spreading out holiday savings this year in order to ensure a safe shopping experience and provide flexibility and customer value, which could have contributed to a lower year-over-year growth over Black Friday weekend,” she said. “Our channel checks and store observations, as well as third-party data sources, suggest foot traffic was traded for online traffic, and dollars were more evenly distributed across November selling weeks versus concentrated in the final week of the month (versus prior years).”