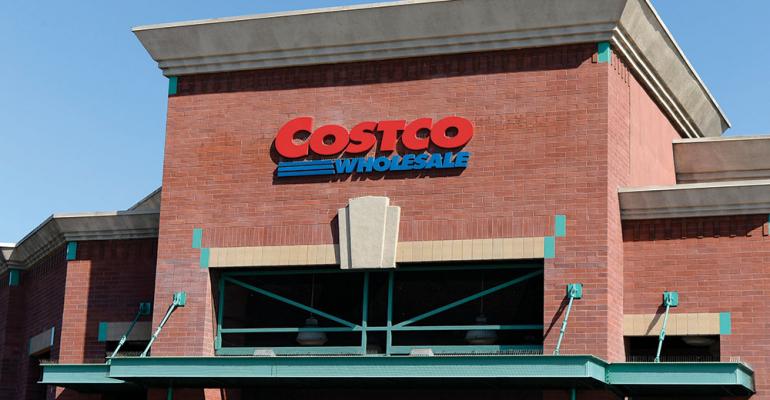 Costco Wholesale Corp. turned in robust sales gains for its 2018 fourth quarter and fiscal year, with earnings in line with Wall Street’s forecast.

However, the warehouse club chain spooked investors in disclosing a “material weakness” in internal controls on financial reporting, which sent shares down in after-hours trading yesterday and in early morning trading on Friday.

“Fourth-quarter traffic or shopping frequency was up 4.9%, both on a worldwide basis as well as in the U.S.,” Chief Financial Officer Richard Galanti said late Thursday in a conference call with financial analysts. “Our average front-end transaction was up 4.4% during Q4 and, excluding the impacts of inflation and FX, our average ticket was up a little over 2%.”

Membership fee income climbed 5.7% to $997 million in the fourth quarter, while e-commerce revenue jumped 26.2% year over year. Galanti noted that Costco has been expanding its online offerings and working to improve members’ digital experience.

“Online grocery — both our dry grocery two-day delivery as well as our same-day fresh delivery, the latter through Instacart and others like Shipt — are growing nicely but still a very small part of our company’s sales. In terms of online two-day grocery [delivery], we’re generating sales in all 50 states, including the six states where no physical Costcos are present, still relatively small to our company,” Galanti told analysts.

“We continue to improve the online merchandise and sales offerings and services offerings with Hot Buys and Buyer Picks and buy online and pickup in store. And we’ll continue to do exciting merchandising activities,” he said. “All these efforts, we feel, are positively impacting our business, both online and in warehouse and are helping our sales increasing member awareness of our digital presence, as well as increased traffic that we’ve enjoyed in our warehouses.”

“We’re also under construction with our first Costco in China in Shanghai, with the opening expected late next September,” Galanti added.

Galanti reported that Costco has started remediation efforts for a “material weakness in internal control related to general IT controls” regarding the company’s financial reporting, which will be included in its fiscal 2018 10-K annual report filing with the Securities and Exchange Commission.

“These controls relate to internal user access and program change management over certain of our IT systems that relate to our financial reporting processes. I can tell you that there have been no misstatements identified in the financial statements as a result of the deficiencies, and we expect to timely file our Form 10-K,” Galanti said in the call with analysts. “Remediation efforts have begun. But material weakness will not be considered remediated until the applicable controls operate for a sufficient period of time, and we conclude through testing that controls are operating effectively. We expect that the remediation of the material weakness will be completed prior to the end of fiscal 2019.”

In a research note on Friday, Jefferies analyst Christopher Mandeville said challenges may be ahead for Costco.

“Comps are strong as Costco invests in price, but it has resulted in modest, core gross-margin pressure all while certain investments in wages/infrastructure begin to kick in,” Mandeville wrote. “While [Costco is] a best-in-class retailer, our view of cont'd EBIT compression as sales/membership fee trends moderate concern us for a stock at such healthy valuation levels.”