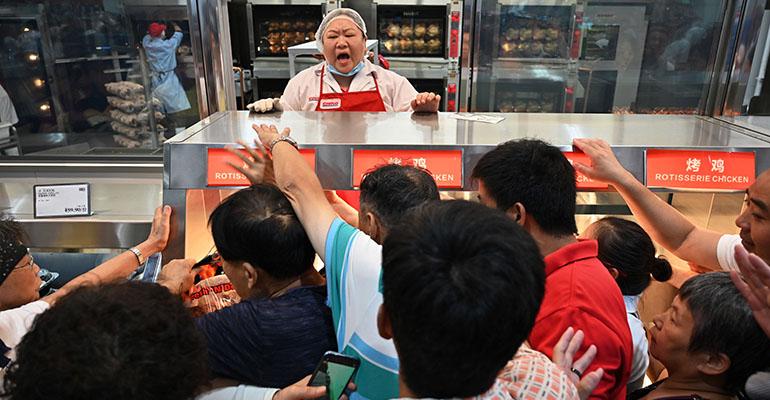 HECTOR RETAMAL/Contributor/AFP
Customers try to get a roast chicken at the first Costco outlet in China, on the store's opening day in Shanghai.
News>Retail & Financial

Costco opens first China store, then closes due to crowds

Opening day turns into a shopper frenzy for warehouse retailer

Costco opened its first store in China — and promptly had to close for the day due to safety concerns caused by massive crowding.

The warehouse retailer had no sooner cut the ribbon at its new store in Shanghai when shoppers overran the aisles, as seen in various Twitter posts.

The first Costco opened in China with wait times of 3 hours to get a parking spot and two hours to check out.
And I thought Saturday’s were bad.
pic.twitter.com/aNn06WVX2h

Costco just opened its first store in China and had to close it after 5 hours due to too many people...The video on Douyin captured the craze pretty well $COST pic.twitter.com/Uots66O1Nj

Thousands of people crowded the entrance and aisles of the store in Shanghai’s Minhang district while, according to a Reuters report, signs outside the store warned incoming shoppers that they might have to wait three hours to park.

Costco issued a notice to local users of its official app early yesterday afternoon saying that it would no longer allow more customers through the doors, citing an "overcrowding" situation inside the store and traffic chaos in surrounding areas.

"Due to overcrowding in the market, and in order to provide you with a better shopping experience, Costco will temporarily close on the afternoon of August 27. Please avoid coming," the notification said.

A Costco spokesman said the store was scheduled to open as normal on Wednesday. 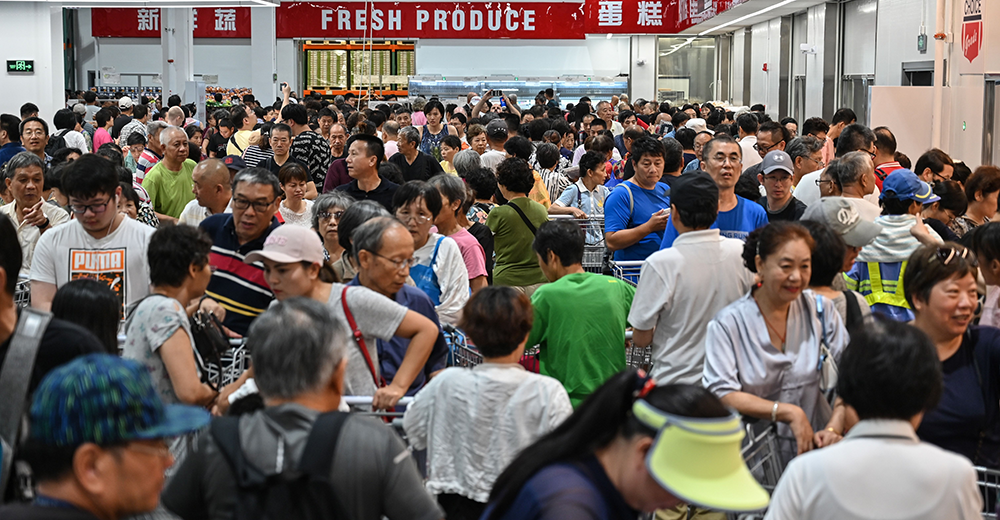 While this was Costco’s first brick-and-mortar foray into China, the country first entered the country in 2014 with an online store on Alibaba Groups’ Tmall online marketplace.

Speaking of international expansion during an analysts’ call this past May, Richard Galanti, executive vice president and CFO & director of Costco, noted that in addition to the Shanghai store, Costco was planning another China store within the next two years. “That’s not different than what we’ve done in other countries,” he said.

“We’re fortunate in the sense that we have a successful operation in Taiwan,” he added, “which we were able to bring in some key people to. But we want to hire from within and like we do in other countries, start with a very small core group of people that are expats, but really grow it internally. And if a new country’s very successful, we’re perfectly happy to have a couple of units over the first two or three years and four or five total units, four or five years after we opened our first, we’ll go from there.”

Based on yesterday’s opening in China, it looks like Costco may have a new successful country on its hands.