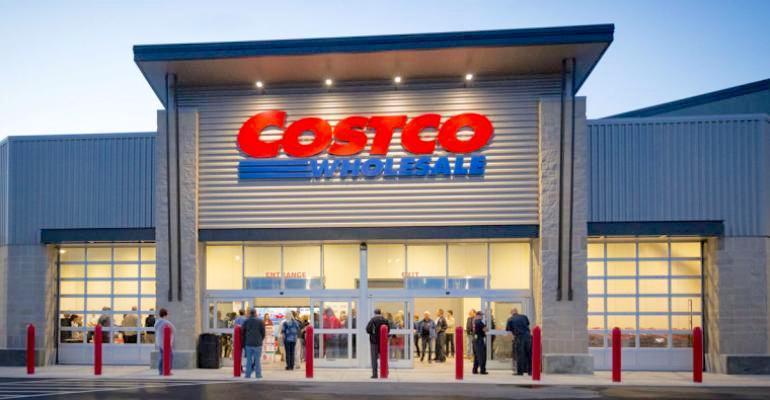 Costco Wholesale saw e-commerce sales growth tail off in July despite double-digit net and comparable sales gains for the month.

E-commerce sales, however, fell to single-digit growth from hefty double-digit increases in the previous month and year-ago period. In July, digital sales gained 7.4% on a comparable basis and were up 5.7% excluding FX, Issaquah, Wash.-based Costco said. That compares with year-over-year growth of 20.8% in June 2021 (18% excluding FX) and 75.3% in July 2020 (76.1% excluding FX).

The company’s reported online sales don’t include sales through third-party providers such as Instacart.

“Our comp traffic, or frequency, for July was up 6.9% worldwide and up 5.8% in the U.S.,” David Sherwood, assistant vice president of finance and investor relations at Costco, said in a conference call late yesterday. “Worldwide, the average transaction for July was up 6.4%, which included positive impacts from gasoline inflation and FX,” he added.

Fuel price inflation lifted overall comp sales by approximately 3.9% for the month, according to Sherwood. “The average selling price was 40% higher year over year at $3.35 per gallon this year compared to $2.40 last year,” he said. “Comp gasoline volume was up significantly relative to last year and was also positive versus 2019.”

U.S. regions and markets seeing the strongest sales results for Costco in July were Texas, the Southeast and Los Angeles, Sherwood reported. Internationally, Mexico, Korea and Taiwan had in the top performances.

Food and groceries were among the merchandise highlights in year-over-year comp sales growth (excluding FX) for the month.

Costco ended the July retail period with 813 warehouse clubs overall, compared with 790 a year earlier. By market, the retailer operates 562 clubs in the U.S. and Puerto Rico, 105 in Canada, 39 in Mexico, 30 in Japan, 29 in the United Kingdom, 16 in Korea, 14 in Taiwan, 12 in Australia, three in Spain and one apiece in Iceland, France and China. Costco runs e-commerce sites in the U.S., Canada, the U.K., Mexico, Korea, Taiwan, Japan and Australia.

“July core U.S. comp of +8.5% was very slightly below our +8.9% Q4 estimate, while Canada and International were both better,” Jefferies analyst Stephanie Wissink wrote in a research note late Wednesday. “However, the two-year U.S. comp accelerated 280 basis points month over month to +24.2%. A continued increase in COVID-19 cases could benefit near-term comps if food-at-home and other at-home spend rise as a result.”