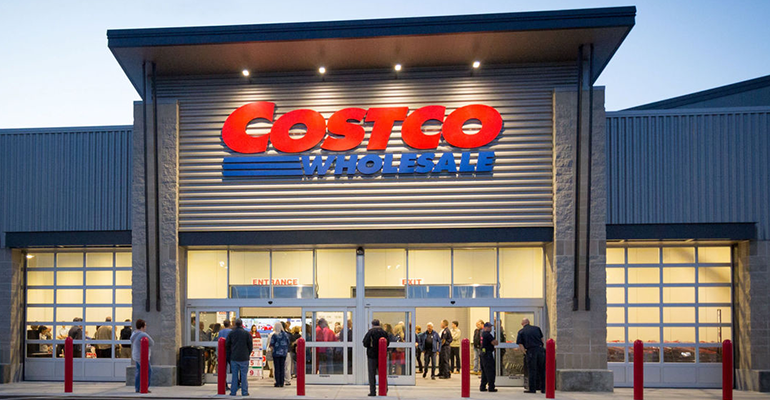 Costco’s gross margin in the quarter ended Nov. 25 was 10.75% down from 11.25% a year earlier. That was despite comparable sales rising a strong 7.5%, excluding gas-price changes, the foreign exchange impact and other items.

In a call with analysts, executive vice president and CFO Richard Galanti noted that the company has boosted wages and is spending on information technology and its e-commerce capabilities, including fulfillment centers and depots.

“In terms of warehouse expansion, we've opened eight locations, including two relos, so a net of six in the first quarter,” said Galanti. “For all of '19, we expect to open 20 — about 23 net new warehouses, as well as four relocations. The two we've opened plus two more planned for the rest of the year. Within the 23 net new, about three quarters of them are in the U.S. and about a quarter of them are international.

“We're also under construction with our first Costco in China and Shanghai with the expected opening later in calendar 2019. As of first quarter end, total warehouse square footage stood at 111 million square feet.”

E-commerce continues to grow, with sales rising 26.2% in the quarter. Costco is currently putting Amazon-style purchase lockers in 10 stores as an experiment to refine its buy-online, pickup-in-store offering.

As for the grocery business, Galanti noted, “Same-day grocery delivery is now available to members within a 20-minute drive of 99% of our U.S. locations.”

Galanti conceded that Costco is feeling competitive pressure from supermarkets and Walmart unit Sam’s Club in its fresh produce and meats category, which has had an impact on margins, which took a dip this quarter.

“Look we're respectful competitors,” Galanti said of Sam’s Club. “We've been doing this for 35 years. We're not moving away. And we feel we're in a pretty strong area. I mean within fresh, it’s produce and protein and whatever comes our way we'll figure it out. It so happens that fresh right now year-over-year is down a little bit. There are times when it's been up. Right now it’s notable. We still feel that we’re getting more bank room from having Sam's close 63 units and certain incremental competition on certain things. And that's what we do, we compete.”