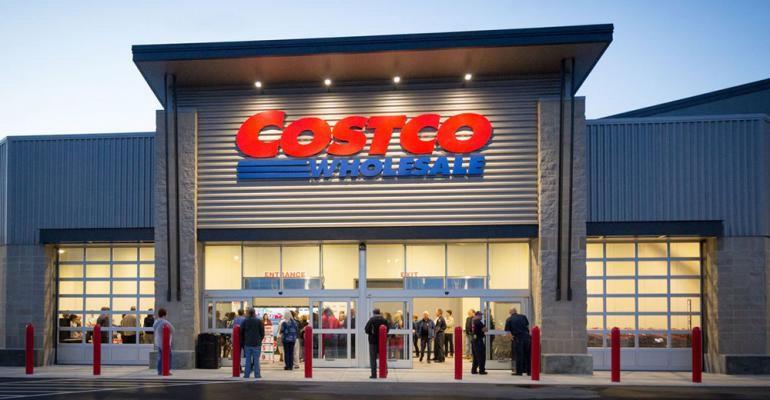 Net and comparable sales growth topped 11% at Costco Wholesale in June, fueled in part by the ongoing coronavirus crisis.

E-commerce sales soared 85.8% in June versus a year ago and were up 86.7% excluding the effect of foreign exchange.

“The COVID-19 pandemic continues to impact our sales and comp traffic. Merchandise sales were very strong in June, while ancillary businesses continued underperform relative to the core [categories], primarily due to softness in gas, food court and photo,” David Sherwood, assistant vice president of finance and investor relations at Costco, said in a conference call late Wednesday.

“Gas traffic improved from a month ago, but comp gallons remain negative. Food court service continues to be limited to carryout only and a reduced menu,” he explained. “Sales in our optical and hearing aid departments improved significantly from May, as we were operational and continue to make progress in building back service levels in those departments. Our travel business remains soft, as not much has changed in that industry from a month ago.”

On a comparable basis, club traffic in June dipped 1.6% worldwide but edged up 0.4% in the U.S. — “the first positive traffic results since March,” Sherwood noted. The average transaction rose 13.3%, including negative impacts from foreign exchange and gasoline deflation. In the U.S., regions seeing the strongest results were southeastern Texas and the Northeast.

Merchandise category highlights in June, excluding forex, were led by food and sundries, which posted gains in the “positive high teens,” according to Sherwood.

“Departments with the strongest results were frozen food, liquor and deli. Fresh foods were up mid-20s, and better-performing departments included meat and produce,” he said in the call. “Hardlines were positive low 20s, and better-performing departments included major appliances, which include consumer electronics, and hardware and health and beauty. Softlines were positive mid-teens. Home furnishings were strong in the month, as were small appliances. Apparel, particularly women’s, performed well, which was a nice improvement to the recent trend. Ancillary businesses were down high teens. This was primarily as a result of lower gasoline, photo and food court sales. Optical and hearing aids were down year over year but improved relative to last month as we were operational in these businesses.”