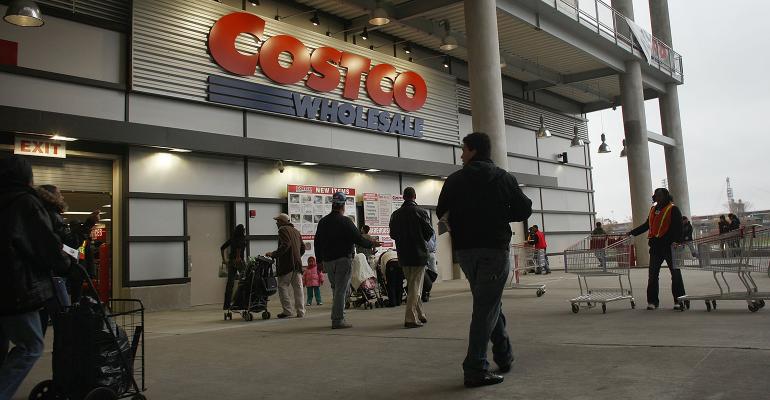 Costco Wholesale Corp. is continuing to ramp up its grocery delivery offering, including both same-day service that includes perishables and two-day service for shelf-stable groceries and household products.

In a conference call with investors to discuss second-quarter earnings, Richard Galanti, chief financial officer at the Issaquah, Wash.-based retailer, said Costco is seeing larger baskets through both its Instacart same-day delivery option and its two-day shipping than it does through Google Express.

Online grocery “has been quite positive year-to-date and growing,” said Galanti, adding that Costco has just begun some limited marketing of the services.

The company’s partnership with Instacart, which does not require shoppers to have a Costco membership, launched last October and is now available through 441 of Costco’s U.S. warehouses. It is slated to roll out to almost all U.S. warehouses by year-end.

The two-day shipping option, which Costco offers from 10 of its business centers to anywhere in the U.S., is expanding to include “a couple hundred” more eligible items in the coming months, up from about 480 SKUs at launch.

As online shoppers tend to visit the warehouse clubs less often, the company is seeking to mitigate the impact of that behavior by promoting items that are only available in-stores and “while supplies last,” Galanti explained.

Overall, food is a small percentage of the company’s growing ecommerce business, which grew 33.7% year-over-year in the first half.

Galanti also said the savings that Costco expects to reap from tax reform would be invested in its employees and in lower prices, but he did not detail specific plans for those investments.

In the second quarter, which ended Feb. 18, Costco reported a net benefit from tax reform of $74 million, which helped drive net income up 36.1%, to $701 million. Excluding the benefit of tax reform, net income grew 22% in the quarter, compared with year-ago results.

Karen Short, an analyst with Barclays Capital, noted that profitability was boosted by higher fuel sales and better margins.

“This more than offset a decrease in core [gross product margin] as Costco invests in price, which has been effective in driving traffic growth,” she said in a research note.

Sales for the quarter were up 10.8%, to $32.3 billion. U.S. same-store sales grew 7.1% in the quarter, or 5.7% excluding fuel. Sales were negatively impacted by about 1.4% relative to last year in the U.S. because the pre-Thanksgiving Day and Black Friday sales were in the first quarter this year, instead of the second quarter.

Costco opened one store in the second quarter and had two planned for the third, followed by 15 net new units scheduled for the 16-week fourth quarter — 18 total store openings, three of which will be relocations.