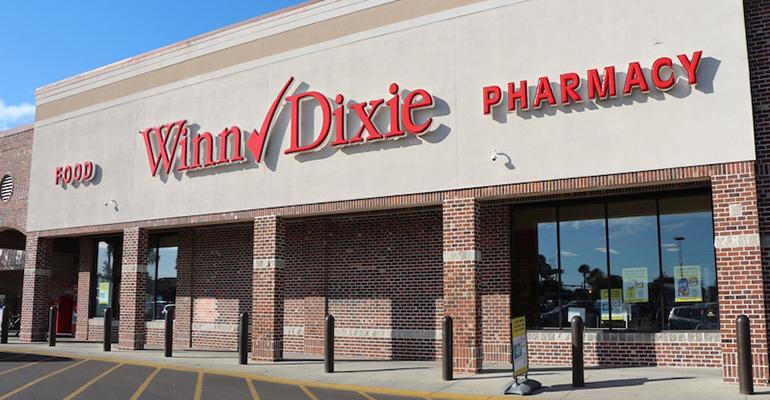 Supermarket chains may shut stores in emerging from Chapter 11

Jacksonville, Fla.-based Southeastern Grocers said Monday that the U.S. Bankruptcy Court for the District of Delaware has signed off on its amended Chapter 11 reorganization plan and the company expects to wrap up its restructuring and emerge from bankruptcy in the coming weeks.

The supermarket retailer — whose banners include Winn-Dixie, Bi-Lo, Harveys Supermarket and Fresco y Más — announced the restructuring in mid-March and began the process less than two weeks later. Key components of the initiative include a refinancing that will lower debt by about $600 million, including $522 million in debt exchanged for equity in the reorganized company, and the closing of 94 stores.

With the latter move, Southeastern Grocers will be left with more than 575 stores in Alabama, Florida, Georgia, Louisiana, Mississippi, North Carolina and South Carolina.

"We are delighted with the court's swift approval, which marks a major milestone in the transformation and correction of our business. This confirmation paves the way for us to emerge as a strong, viable business that is well-positioned to succeed in the competitive retail market,” president and chief executive officer Anthony Hucker said in a statement.

“We're rooted in our purpose and now firmly on our path to success,” he added. “We're eager to show our customers how far we've come — and how far we're going — as we emerge from this process."

Meanwhile, Williamsville, N.Y.-based Tops has been cleared by the U.S. Bankruptcy Court for the Southern District of New York to close stores under its restructuring plan. The company, however, hasn’t specified the number or locations of stores slated for closure.

“On May 10, Tops’ motion outlining procedures when filing store closings was approved by the court, allowing Tops to close any underperforming stores should the supermarket chain decide to do so in the future,” Tops said in a statement Monday. “No timetable nor decisions about store closings have been made.”

Tops had filed documents in late April seeking the court’s permission to shut underperforming stores in the wake of its filing for Chapter 11 bankruptcy protection in February. Overall, Tops operates 169 stores and has five franchisees under its banner in New York, northern Pennsylvania, and western Vermont.