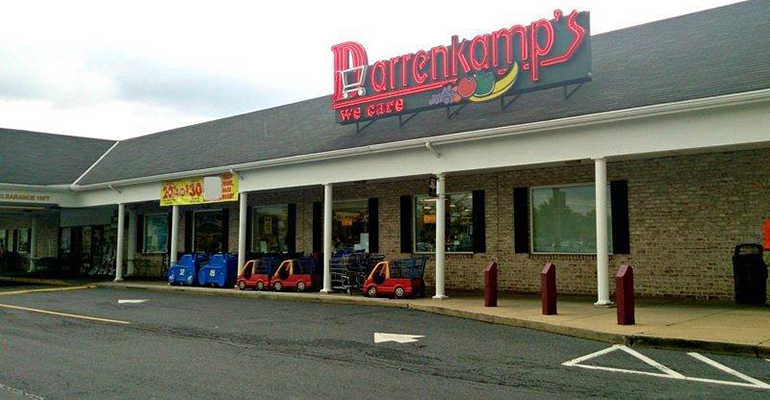 Darrenkamp’s to close its doors

Pennsylvania grocer Darrenkamp’s is closing down after 86 years in business and has agreed to sell one of its four locations to Giant Food Stores LLC.

The family-owned supermarket retailer said Tuesday evening that it has begun the liquidation process and plans to shut all of its stores — in Lancaster, Elizabethtown, Etters and Mount Joy, Pa. — by early November.

Darrenkamp’s said it will close the Elizabethtown, Etters and Mount Joy in a phased approach and will notify customers at a later date.

Carlisle, Pa.-based Giant, part of Ahold Delhaize USA, is buying the Lancaster store at 106 Willow Valley Square, where Darrenkamp’s also has its corporate headquarters. Once the transaction is completed, Giant will close the store and remodel the location under its banner. 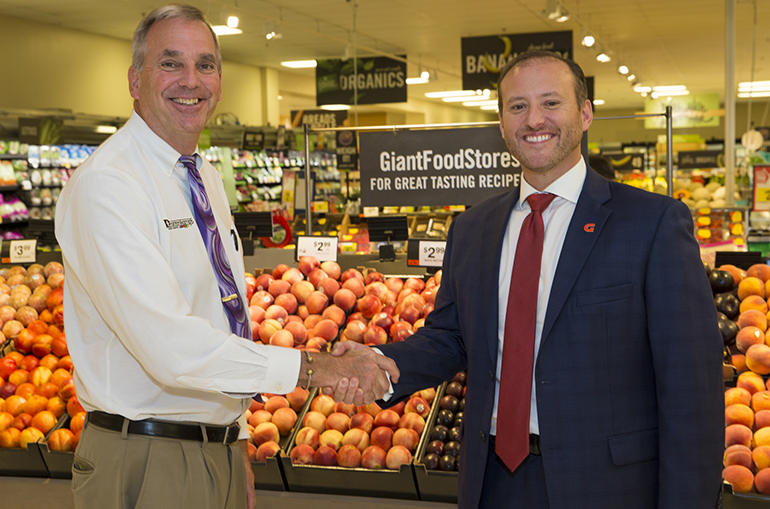 “Our family has been in the grocery industry for 86 years, and it’s tough saying goodbye,” Joe Darrenkamp, president of Darrenkamp’s, said in a statement. “We extend a heartfelt thank you to all of our customers, employees and supporters. It’s been an honor for our family to serve Lancaster and the surrounding communities for so many decades.”

Darrenkamp’s was founded in 1932, when George Darrenkamp — whose father, Henry, had sold produce door to door — opened a general store in the front room of his home at 719 Union St. in Lancaster. His sons Dick and Jerry later joined the growing family business, and in 1948 the father-and-sons team built a 3,000-square-foot market at 713 Union St. in Lancaster and changed the company’s name to G. Darrenkamp & Sons.

Of Darrenkamp’s current locations, the Mount Joy store was opened in 1997 and expanded from 35,000 to 45,000 square feet in 2003. The grocer acquired Willow Valley Market in Lancaster in 1998 and later expanded the store from 30,000 to 50,000 square feet. Darrenkamp’s closed its original Union Street store in Lancaster in 1999. The chain’s third store, a 44,100-square-foot unit, opened in 2007 in Elizabethtown. And in 2014, the company ventured outside Lancaster County to open its fourth location, a 38,500-square-foot store in York County at Newberry Commons in Etters.

“This was a very difficult decision because we will miss serving our neighbors and because of our long history serving the Lancaster community for so many years,” co-owner Dave Darrenkamp commented about the company’s closing. “Knowing how this affects our customers and employees made the decision even tougher.”

Giant, with 171 stores in Pennsylvania, Maryland, Virginia and West Virginia, operates eight stores and has about 1,300 employees in Lancaster County. Associates at all Darrenkamp’s stores can interview for comparable positions at Giant locations, including the Willow Valley store being acquired, the companies said.

“Giant is pleased with this opportunity to open a grocery store at this Darrenkamp’s location and continue to serve the grocery needs of Darrenkamp’s longstanding customers,” stated Giant President Nicholas Bertram. “We are thrilled to continue our renewed commitment to the greater Lancaster market and our relentless focus on growth.”

In June, Giant unveiled a $22 million investment plan for Lancaster County, including a 38,000-square-foot e-commerce hub at its former North Reservoir Street location, four store remodels, a price-cut program and a new fuel station at its Lititz store. The e-commerce hub will serve as a grocery delivery center and curbside pickup site.

The Lancaster investment builds on a $70 million plan, announced by Giant in April, to expand its store network across Pennsylvania. The initiative includes six new stores, two store remodels and four new fuel stations over the next two years.