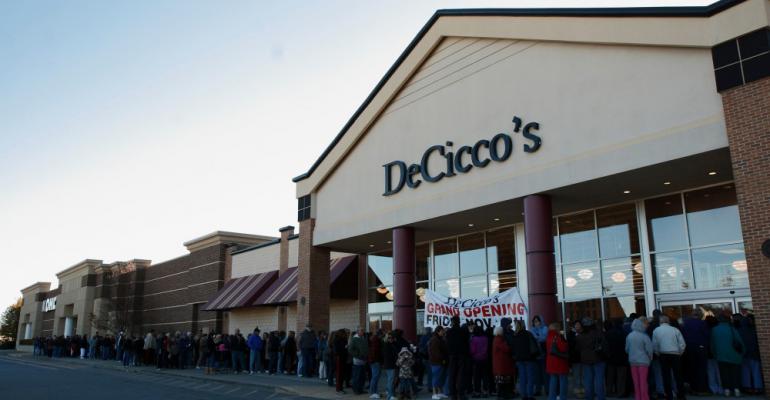 Local supermarket operator DeCicco & Sons is allowing people in its communities in the Westchester County area of New York to store their refrigerated and frozen foods in its supermarket coolers while thousands of homes remain without power following a damaging storm last week.

The company, which operates seven stores in the area, is asking community residents without power to box or bag their perishables and label them with their name and phone number, and indicate whether they should be refrigerated or frozen.

“We’re here to help with any needs the community has,” said Gino Letizia, general manager of the DeCicco & Sons location in Brewster, N.Y.

As of Monday morning the store was holding perishables for about 50 people in the community, he said. The retailer is also allowing customers to use the stores’ Wi-Fi and charge their phones.

The company has offered the cooler and freezer space in its stores in the past during storms, Letizia said.

As of Monday, more than 80,000 people were still without power in Westchester County, according to local reports.

The outages come as the region braces for another potentially powerful storm that is forecast to bring as much as another eight inches of snow to the area on Tuesday and Wednesday.

“We just hope they get the power restored before that storm hits,” said Letizia. “If not, we’ll be here for whatever the community needs.”

The operator has long been known for its close ties with the community, and is a significant supporter of local schools and parent-teacher associations in its communities.

DeCicco & Sons also has been a leader in deploying “green” refrigeration technologies that use natural refrigerants to reduce the impact on the environment and reduce power consumption.

“We feel we have an obligation to care for the environment and the communities we serve,” said John DeCicco, president of the company, in accepting a Business Council of Westchester Hall of Fame Award last year, according to the News of Pelham.