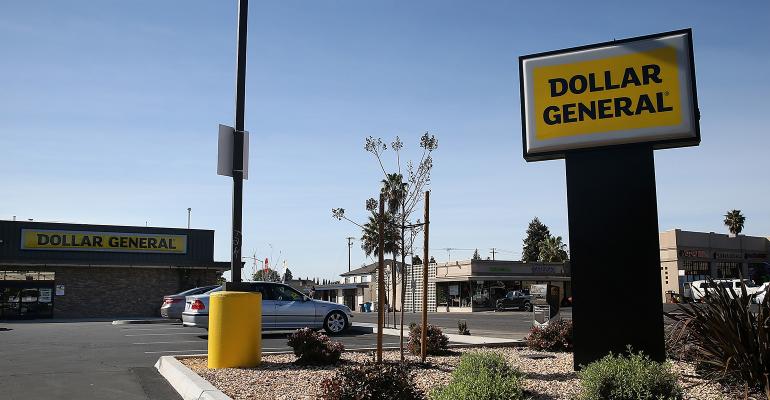 Dollar Express stores were spun off in Dollar Tree deal

A batch of 323 small discount stores spun off in 2015’s Dollar Tree-Family Dollar merger are being sold to rival Dollar General, the seller told SN Monday.

The stores, which are currently operating under the Family Dollar banner, were acquired less than two years ago by New York private equity firm Sycamore Partners, which had planned to convert the stores to the Dollar Express banner. Instead, the stores will be converted to the Dollar General banner in coming months.

Sycamore did not disclose a purchase price and declined to say why it was selling the stores. The deal is subject to closing conditions and approval by the Federal Trade Commission.

The 323 stores were part of a 330-store package sold to Sycamore in order to meet federal antitrust approval of Dollar Tree’s acquisition of Family Dollar in 2015. Those stores, which the FTC determined would interfere with competition were Family Dollar and Dollar Tree to merge, had an annual sales run rate of around $500 million and represented $45.5 million in operating income at the time of the divestiture.

A spokesman for Dollar General was not immediately available to respond to SN Monday.

Should the deal go through it will write another chapter onto a saga of rivals Dollar Tree and Dollar General, which engaged in a lengthy duel to acquire Family Dollar when it went up for sale in 2014. Dollar Tree’s $8.5 billion bid prevailed in that contest despite a $9.7 billion counteroffer from Dollar General — in part because of the perceived antitrust risk to the latter deal.

Dollar Express was staffed largely by veterans of the Family Dollar organization, which was headquartered in Matthews, N.C. Bruce Efird, a former executive of Meijer, Family Dollar and 99 Cents Only stores, was CEO.

Sources close to the deal told SN the agreement was for stores and not its headquarters or staff, necessarily. The Charlotte Observer newspaper reported that as many as 100 home office jobs could be lost in the deal. Dollar General is based in Goodlettsville, Tenn.