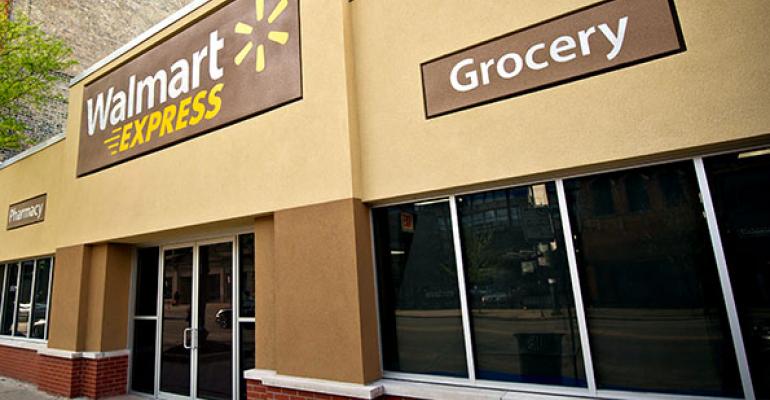 Dollar General said it has completed the purchase of 41 former Walmart Express stores, and would relocate 40 existing stores to the sites by October.

The Goodlettsville, Tenn.-based retailer said the sites would allow the retailer to implement its larger "DG16" store format, which includes additional cooler doors allowing for the sales of items like meat, a redesigned queuing area, and other enhancements focused on meeting the demands of its core customer.

Walmart Express was the small-store format abandoned by Walmart a year ago. Most of its stores were in the 12,000- to 16,000-square-foot range, or about twice the size of the average Dollar General store.

Dollar General officials said the DG16 layout is designed to expand traffic-building categories in a more customer-friendly format with faster checkout. The company said initial rollout of the format has boosted perishable sales and a double-digit lift in front-end items.

“Dollar General is excited to add these locations to our existing store base. We look forward to the opportunity to better serve our customers in these communities by continuing to provide the convenience and value they expect from Dollar General,” Todd Vasos, Dollar General’s CEO, said in a statement.

Dollar General also intends to operate the fueling stations in 37 of these locations.