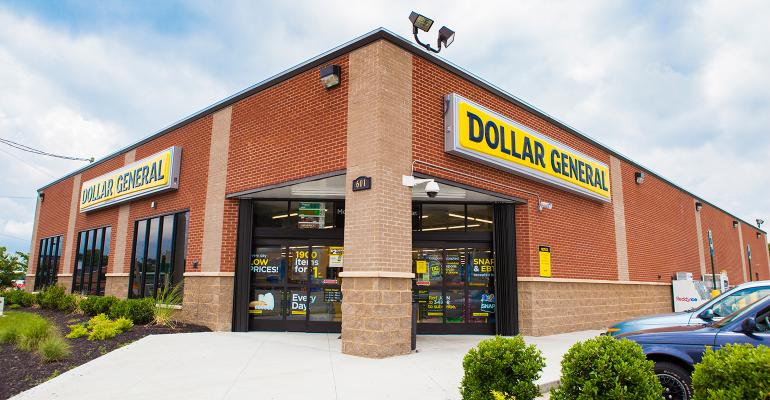 Dollar General is ramping up its expansion plans for 2018 and rolling out several new merchandising initiatives, including adding fresh produce to hundreds of remodeled locations after a successful test.

Of the 1,000 store remodels Dollar General has planned for 2018, about 400 will be what the chain calls its “traditional plus” stores that include 34 cooler doors to merchandise an expanded perishables assortment. Of the 750 traditional-plus stores to be operating by year end, about a third will include an assortment of fresh produce, bringing to 450 the number of stores carrying fresh fruits and vegetables.

“Our cooler-door expansion has proven to drive baskets and trips with our existing customer base, while also attracting new customers with an expanded offering,” said Todd Vasos, CEO of the Goodlettsville, Tenn.-based chain, in a conference call with analysts discussing the company’s fourth-quarter and year-end financial performance.

He said prior-year remodels of stores to the traditional-plus format “are yielding strong same-store sales results.”

“The ability to offer produce, particularly in areas with limited grocery availability, represents an attractive growth opportunity for Dollar General in the years ahead,” Vasos said.

The company also plans to redesign its snack and beverage aisles in 2018 to better position the stores as destinations for immediate-consumption products, he said. In addition, Dollar General is rolling out to select stores an expanded assortment of better-for-you products, with a focus on high-protein and low-salt options.

The changes are in addition to the ongoing efforts to expand the perishables offering across the store base with the addition of 20,000 cooler doors throughout the store network in 2018. The company in particular is focusing on expanding the perishables offering in stores that currently have fewer than 12 cooler doors, which have the opportunity to drive the highest relative return on remodels, according to Vasos.

Dollar General is also focusing on its nonfoods assortment, with new displays and marketing around its revamped HBC offering and a new initiative involving “treasure hunt” displays that feature hot deals on merchandise for a limited time.

The company discussed its plans after reporting better-than-expected same-store sales gains of 3.3% for the fourth quarter and 2.7% for the full year.

Net income for the 13-week fourth quarter, which ended Feb. 2, was $712 million, compared with $414 million in the year-ago period. Excluding one-time benefits from the remeasurement of deferred tax assets and liabilities, net income was down about 3.1%, to $401 million.

Sales for the quarter were up 2%, to $6.1 billion, compared with the year-ago quarter, which included an extra week. Excluding the extra week in the fourth quarter of fiscal 2016, sales would have increased 2.7%.

Dollar General predicted sales growth of 9% in the current fiscal year, and same-store sales growth in the “mid-2%” range. The benefit from tax reform is expected to be about $300 million, most of which will fall to the bottom line the company said.

Unlike other retailers that have said they will use the tax windfall to pay employee bonuses or boost compensation, Dollar General said it has already rolled out comprehensive pay enhancements that are achieving desired results in retention and recruitment.

“We believe the significant investment in store manager compensation and training we made in 2017 is paying off as we experienced our lowest level of store manager turnover in five years,” said Vasos. “And for the first time in several years, we are seeing a reduction in both assistant manager and store associate turnover.”