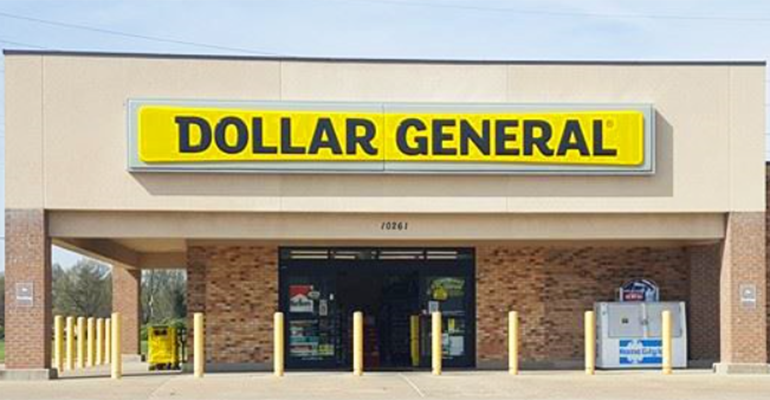 Net and same-store sales climbed in the first quarter at Dollar General Corp. and Dollar Tree Inc. as executives at both chains reported progress in efforts to drive food and beverage volume at their stores.

Related: Dollar General shifting to self-distribution of fresh and frozen

“This strong net sales performance in the first quarter of 2019 showed once again that we can continue to drive sales growth from both new stores and mature stores. Additionally, during the first quarter, we continued to gain market share in highly consumable product sales, which was a key driver of our strong and balanced performance,” Dollar General CEO Todd Vasos said yesterday in a conference call with analysts. “Our 3.8% comp growth rate for the first quarter of 2019 resulted from both an increase in average basket size as well as customer traffic growth. Driving profitable traffic to our stores remains a priority, and we're pleased to see our efforts delivering during the quarter.

“We saw another very strong quarter of growth in sales of consumables. Our non-consumables sales growth was driven by strong results in both seasonal and home,” Vasos added.

At Dollar Tree, net sales for the fiscal 2019 quarter ended May 4 totaled $5.81 billion, up 4.6% versus a year ago. Overall same-store sales rose 2.2%, reflecting gains of 2.4% for the Dollar Tree banner (2.5% on in constant currency) and 1.9% for Family Dollar, the Chesapeake, Va.-based retailer said. Consumables performed well for both banners, with Family Dollar posting its 10th straight quarter of positive comp-sales in the category.

“I'm proud of our team's efforts throughout the first quarter, as many of the initiatives we discussed in Q4 have been kicked off and are progressing nicely,” Dollar Tree President and CEO Gary Philbin told analysts in a conference call Thursday. “Our Dollar Tree team delivered a solid increase in same-store sales while cycling its toughest quarterly compare from the prior year, and Family Dollar again demonstrated a sequential acceleration in comp sales. In fact, the Family Dollar segment delivered its strongest quarterly same-store sales increase since we began reporting comps for the banner.” 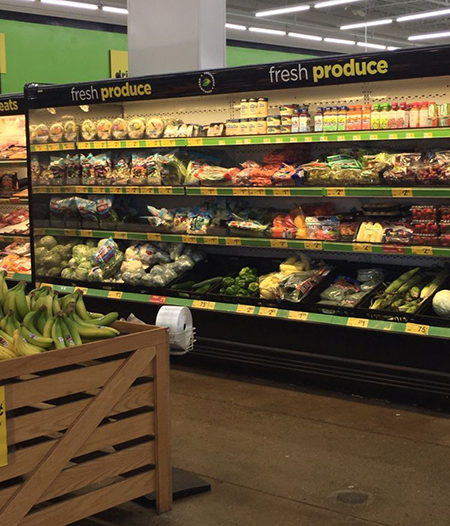 Dollar General’s Vasos noted that the company has expanded DG Fresh, an initiative announced in March that calls for the chain to migrate to self-distribution of perishables, mainly fresh and frozen food. The first DG Fresh facility, in Pottsville, Pa., began shipping to 300 stores in January and is now serving more than 800 stores in the Northeast, he said.

“While it's still early, we're already successfully reducing product cost on these types of items. We believe that, as we continue to scale DG Fresh, it will meaningfully improve our gross margin. Two other important goals for DG Fresh are to drive higher on-time delivery and in-stocks, and we're encouraged by the early results which are in line with our projections,” Vasos explained in the call with analysts.

DG Fresh will allow Dollar General to “control our own destiny” in fresh and frozen food, he pointed out. “This will include a wider selection of both national and private brands that our customers seek, as well as enhanced offering of Better-for-You items. While produce is not included in the initial rollout, we believe DG Fresh could provide a path forward to expanding our produce offering to more stores in the future.”

Dollar General plans to open three more DG Fresh facilities in 2019, with its second facility in Clayton, N.C., slated to open in the next few weeks. “For fiscal 2019, our goal remains to roll out our self-distribution model to as many as 5,000 stores from up to four facilities,” Vasos said.

During the first quarter, Dollar General opened 240 new stores, remodeled 330 stores and relocated 27 stores, ending the period with 15,597 locations in 44 states. Vasos noted that 128 of the remodels were conversions to the Dollar General Traditional Plus (DGTP) format, which accommodates more cooler doors. “We also added produce to approximately 50 stores, bringing the total stores offering produce to approximately 480,” he said.

Traditional remodel stores house about 22 cooler doors and see an average comparable sales lift of 4% to 5% after the first year. The DGTP stores have about 34 cooler doors and generate an average 10% to 15% comp-sales lift, with stores carrying fresh produce at the upper end of this range.

“Cooler door expansion continues to be the most impactful merchandising initiative,” Vasos said. “In addition to being a great traffic and ticket driver, our success in expanding our cooler footprint has provided the scale necessary to initiate DG Fresh. In the first quarter, we added more than 12,000 cooler doors across the chain. We also increased the number of stores with our Better-for-You [healthier food and beverage] offering in the first quarter, bringing the total for the chain to approximately 3,400 stores.”

For the full fiscal year, Dollar General plans to open 975 new stores, remodel 1,000 mature stores and relocate 100 stores. “We have a robust real estate pipeline in place, and we are excited about the continued growth ahead of us in 2019,” said Vasos. 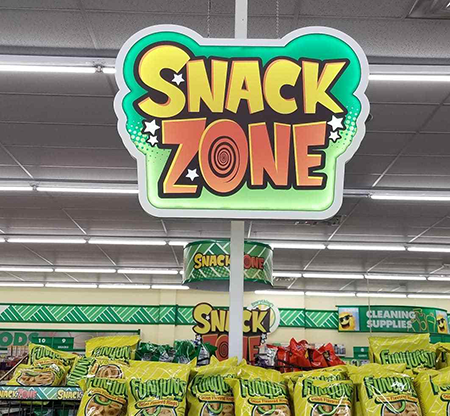 Dollar Tree plans to renovate about 1,000 Family Dollar stores in 2019, including the addition of adult beverages in 1,000 stores and expansion of freezers and coolers in roughly 400 stores. Price-impact sections, including $1 Dollar Tree merchandise assortments, also are being added to Family Dollar locations. The company said H2 stores are seeing average comp-store sales increases of over 10%.

Dollar Tree plans to remodel about 1,000 Family Dollar stores in 2019.

“We are seeing meaningful improvement in operational performance across the footprint of renovated Family Dollar stores, resulting in increased traffic and low double-digit comp-sales lifts,” Family Dollar President and Chief Operating Officer Duncan Mac Naughton told analysts on the call. “We are pleased with the results of our H2 renovation program, both with traffic and the diversity of our locations. Comps are being driven two-thirds by traffic and one-third by average ticket.”

As of May 4, Family Dollar had about 550 H2 stores, up from around 200 at the start of the year. In the first quarter, adult beverages were added to about 45 stores, and freezers and coolers were expanded in roughly 55 stores.