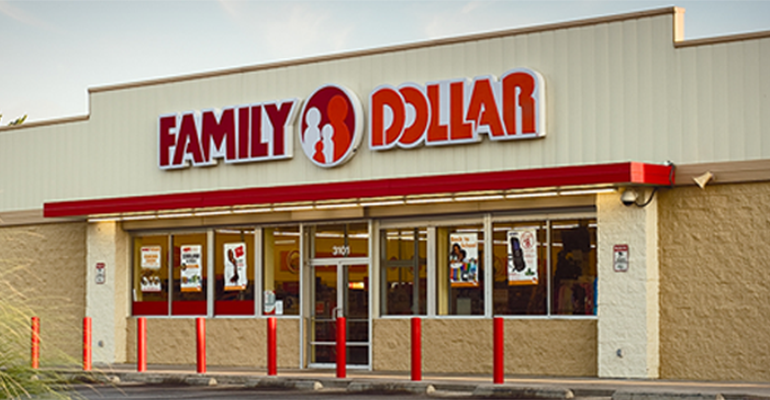 Dollar Tree to close up to 390 Family Dollar stores

At least 1,000 stores to be renovated in turnaround plan

Dollar Tree Inc. plans to shut as many as 390 Family Dollar stores this year as part of an ongoing turnaround program for the banner, which has struggled since being acquired for $8.5 billion in July 2015.

Gary Philbin, president and CEO of Dollar Tree, announced the move Wednesday in reporting fiscal 2018 results. Plans also call for 200 Family Dollar stores to be converted to the Dollar Tree banner in fiscal 2019.

Philbin noted in a conference call with analysts on Wednesday that Dollar Tree already had accelerated Family Dollar closings in the 2018 fourth quarter, which ended Feb. 2. Eighty-four stores were shuttered during the period — 37 more than initially planned — and Dollar Tree reported that the hundreds of closures slated for this year well exceed the approximately 75 stores closed annually.

Dollar Tree also aims to renovate about 1,000 Family Dollar stores in 2019 under a plan unveiled at the end of November. The program includes the installation of adult beverages in about 1,000 stores and expansion of freezers and coolers in roughly 400 stores. Price-impact sections, including $1 Dollar Tree merchandise assortments, also are being added to Family Dollar locations.

The company expects the store optimization effort to lift same-store sales by 1.5% once the program is completed by the end of fiscal 2019.

“Since the Family Dollar acquisition, we have taken the necessary actions to stabilize the business, capture synergies in both brands, rebuild the leadership team, introduce and develop the shared services infrastructure, integrate systems, create smart ways for our customers to save, improve on store standards, invest in labor and price and, importantly, to repay more than $4 billion worth of debt, earning our investment grade rating,” Philbin told analysts in the call. “We are now at the stage to be able to invest in and reposition the Family Dollar brand for future success through an acceleration of renovations, re-banners and store closings.”

Although Family Dollar’s performance has lagged, Dollar Tree noted that its acquisition of the chain has boosted profits. The Chesapeake, Va.-based retailer said the re-bannered Family Dollar locations have raised the company’s profitability by over $55 million per year, an amount expected to rise as more stores are converted.

“As demonstrated by our improved sales performance, our strategy to optimize the Family Dollar real estate portfolio is delivering results,” Philbin said. “We are seeing meaningful improvement in operational performance across the footprint of renovated Family Dollar stores and those that we have rebannered to Dollar Tree.”

“This was the strongest quarterly comp in 2018 for Family Dollar and on a two-year stacked basis represented an acceleration of 130 basis points from Q3,” Philbin said.