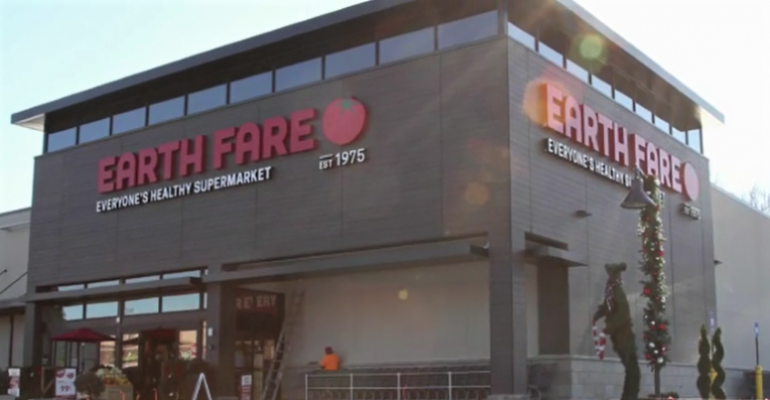 Earth Fare today filed for Chapter 11 bankruptcy protection in federal court, following an announcement yesterday that it plans to sell off its assets and go out of business.

In the Feb. 4 filing with the U.S. Bankruptcy Court in Delaware, Earth Fare reported both assets and liabilities of $100 million to $500 million. Distributor United Natural Foods Inc. (UNFI) is listed as the largest creditor, owed nearly $9.6 million. Including UNFI, four creditors have unsecured claims of $5 million or more.

The Asheville, N.C.-based natural and organic grocer said in the filing that its board of directors met Nov. 5 to explore strategic options for the company — including a restructuring, reorganization or sale — and adopted the plan to file for Chapter 11 in a meeting on Feb. 3.

“They filed this morning. It does not change plans to liquidate the stores. That will be part of the Chapter 11 process,” a spokeswoman for Earth Fare said in an email on Tuesday. The filing cites plans for “going out of business” sales and to sell “any or all of the assets of the company,” including via auction or stalking horse bidders.

On Monday morning, Earth Fare unveiled plans to close its 50 stores and corporate office and sell its assets “in whole or in parts.” Inventory liquidation sales are now under way at stores.

Earth Fare has approximately 3,000 employees and operates stores in 10 states, including Alabama, Florida, Georgia, Indiana, Michigan, North Carolina, Ohio, South Carolina, Tennessee and Virginia. More than half of the locations are in Florida (14) and North Carolina (13). The spokeswoman said the stores are slated to be closed by the end of this month.

According to the Chapter 11 filing, Oak Hill Capital Partners and an affiliate own more than 74% of Earth Fare. New York-based Oak Hill had acquired a majority stake in the retailer in 2012.