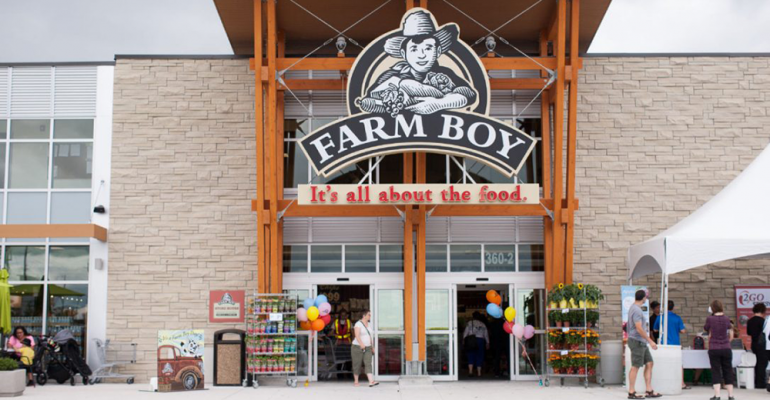 Empire said Monday that, under the transaction, it will purchase Farm Boy from Berkshire Partners and the chain’s management shareholders. Plans call for Farm Boy to be set up as a separate company within Empire, and Farm Boy's co-CEOs have agreed to reinvest in return for a 12% interest in the business. 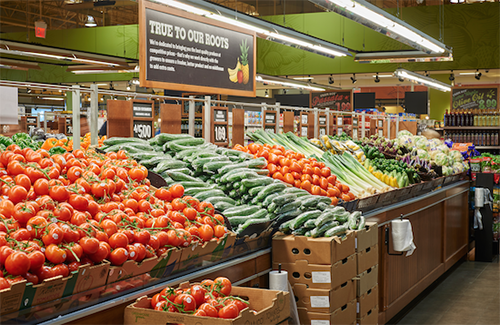 Farm Boy opened its first stores in the greater Toronto area earlier this year, and its 27th location is slated to open at the Oakwoods Centre shopping center in Oakville, Ontario, this winter.

Stellarton, Nova Scotia-based Empire called the chain an “excellent fit” with its Sobeys and FreshCo banners in Ontario, a region where the company said it’s “underpenetrated.” To that end, Empire aims to step up the rollout of the Farm Boy concept in greater Toronto and southwestern Ontario through new construction and conversions of some current Sobeys locations, with a longer-term plan to expand the format to other parts of Canada.

In addition, Empire expects to further its penetration into the greater Toronto market by adding Farm Boy’s private brand products to Sobeys' Ocado-based e-commerce business, which is due to launch in the Toronto market in 2020.

“Farm Boy is a superb strategic and financial acquisition. It strengthens our reach in the key Ontario and greater Toronto area markets, it will be a growth vehicle in urban and suburban markets, and its very strong private label program will bolster our Ocado-driven e-commerce business," Empire President and CEO Michael Medline said in a statement.

“Farm Boy has a best-in-class brand with stellar customer loyalty. Its fresh, ready-to-eat and private label offerings are particularly appealing to urban and suburban consumers. It truly is 'all about the food' at Farm Boy,” Medline added. “We believe we will be able to build on their historical, industry-leading same-store sales growth of 5.3% and five-year EBITDA compound annual growth rate of 21% to double the size of the business in the next five years.”

Farm Boy co-CEOs Jean-Louis Bellemare and Jeff York will continue to manage the chain after the acquisition closes. They will report directly to Medline.

“As you prepare for the next phase of growth, you don't just team up with anyone. Empire understands what it will take, shares our vision for the brand, and in President and CEO Michael Medline and CFO Mike Vels, we have access to executive leadership with deep experience in making acquisitions like this successful,” said Bellemare, who founded Farm Boy in 1981. “We had many choices, but our trust and confidence in Empire and its dedication to our brand and its growth made this the perfect partnership."

“Together with Empire, an iconic Canadian brand with a national grocery presence, Farm Boy will significantly accelerate its growth agenda,” said York, who has been co-CEO at Farm Boy since 2009. “We will strengthen the already strong Farm Boy brand, starting with urban and suburban markets in Ontario and eventually rolling out to other areas of Canada. We are particularly excited by the eventual reach of the Ocado e-commerce platform and can’t wait to showcase our high-quality, local products to many more Canadians."

Medline added, “We intend to enable the leadership team of Farm Boy to do what they do best: grow a highly successful retail format at double digit rates.”

Empire reported that the acquisition deal’s total enterprise value of $800 million represents a 14.1x multiple of Farm Boy’s estimated EBITDA in Empire's 2020 fiscal year. Pending regulatory approval and customary closing conditions, the transaction is expected to close at the beginning of 2019.

In a conference call with analysts on Monday, Medline called Farm Boy “a jewel of an asset.”

“Farm Boy is the most compelling bricks-and-mortar grocery opportunity available today and likely the foreseeable future,” he said in the call. “Farm Boy is also the most insulated Canadian food retailer from e-commerce disruption due to the laser-light focus on fresh, private label and prepared foods. We are much more willing to pay top dollar for a great company.”