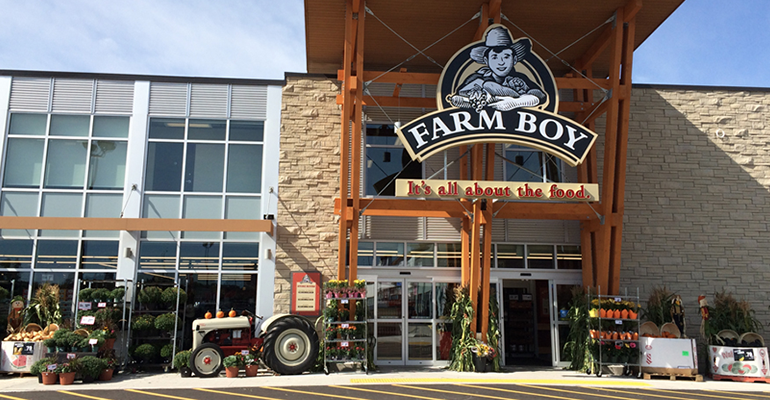 Empire said Monday that Farm Boy, acquired from Berkshire Partners and the chain’s management shareholders, will be run as a separate company. Farm Boy's co-CEOs and members of its senior management team have reinvested for a 12% interest of the continuing business.

Plans call for Sobeys to finance the transaction, announced in late September, through cash on hand and a new $400 million senior, unsecured, nonrevolving credit facility.

"We are thrilled to officially team up with Farm Boy," Empire President and CEO Michael Medline said in a statement. "They have an incredible brand, great stores and customer service, and a superb leadership team. Founder and co-CEO Jean-Louis Bellemare and co-CEO Jeff York will remain investors in the company and will continue in their roles for the long term, managing the business separately from Empire's broader operations. We look forward to turbo-charging Farm Boy's growth and allowing them to broaden the reach of their winning formula."

Stellarton, Nova Scotia-based Empire said Farm Boy will team with the Sobeys and FreshCo banners to grow its presence in Ontario. Farm Boy opened its first stores in greater Toronto earlier this year, and plans to open its 27th store in Oakville, Ontario, on Dec. 13 and its 28th store in Toronto early next year. Empire plans to spur the rollout of the Farm Boy concept in greater Toronto and southwestern Ontario via new construction and conversions of some current Sobeys locations.

Medline has said Farm Boy provides a strong growth vehicle for urban and suburban markets. Over the long term, Empire aims to expand the format to other parts of Canada.

Farm Boy’s private label products also are slated to be added to Sobeys' Ocado-based e-commerce business, expected to launch in the Toronto market in 2020.

Overall, the Sobeys retail network includes more than 1,500 stores in all 10 provinces under such banners as Sobeys, Safeway, IGA, Foodland, FreshCo, Thrifty Foods and Lawtons Drugs.