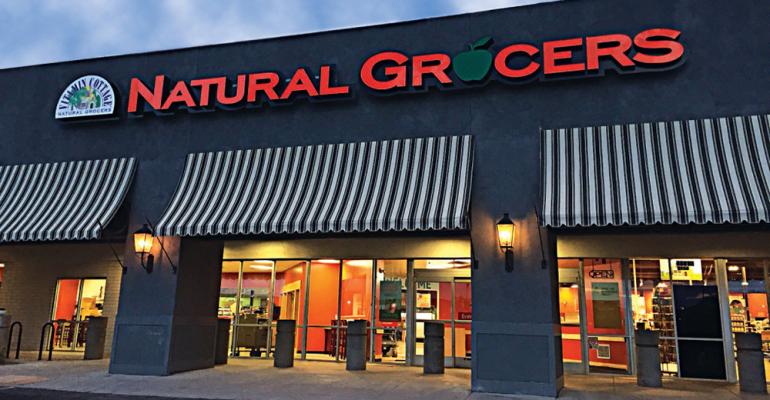 Natural Grocers
Natural Grocers has signed leases for stores in Colorado, Missouri, Nevada and Oregon, all of which are expected to open during fiscal 2021.
News>Retail & Financial

As Natural Grocers by Vitamin Cottage’s second quarter ended on March 31, the last few weeks lapped the initial pantry surge at the beginning of the COVID-19 pandemic.

When comparing 2021's results with those of 2019, daily average comparable store sales increased 10%, according to the company. This year's average transaction count is 13.9% lower than the count in Q2 2019, but the average basket size is 8% higher than it was for the same time two years ago, Dissinger said.

Company co-president Kemper Isely said during the call that basket sizes will likely remain high and transaction counts low until most workers return to their offices. The company has determined that the loss of local employees' making quick stops to pick up lunch, a beverage and a snack is driving the statistical changes.

“People coming in for lunch buying a sandwich, a drink, and maybe a snack, that's where we lost our customer counts,” Isely said. “And so far this year, we're not seeing a huge uptick in that category. We're still seeing the larger baskets from our customers. They got used to shopping less frequently and buying larger baskets.”

As the company expected, all of Natural Grocers' financial results were lower in Q2 2021 than they were a year ago:

The board of directors announced Thursday that shareholders of record as of June 1 would receive a dividend of 7 cents per share on June 16.

Natural Grocers continues to take care of its employees and the communities they serve, the company said, throughout the COVID-19 pandemic and during bizarre weather events of this past winter.

February's deep freeze, which led to the deaths of at least 125 people and property damage estimates of more than $10 billion — mostly in Texas but also in the Pacific Northwest — shut down stores and reduced daily comparable sales by an estimated 70 basis points, according to Natural Grocers. 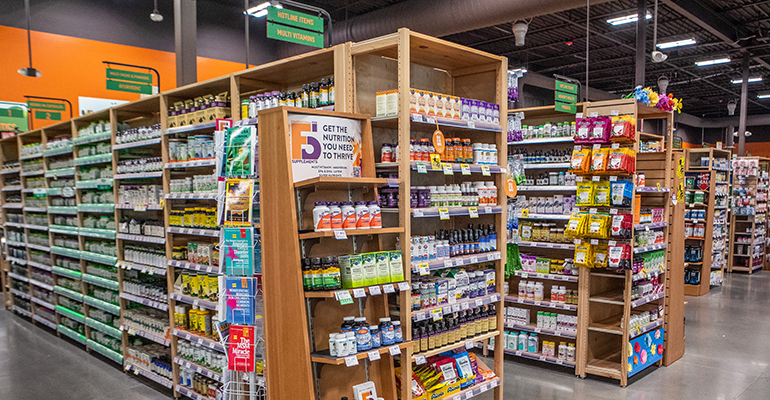 Inside the stores, Natural Grocers is expanding its private label line of vitamins and supplements; by the end of June it will include 150 formulations.

At the same time, Natural Grocers continued to pay wages and bonuses to employees affected by the storm. That incremental pay cost $1.6 million during the second quarter, Isely said. In 2020, the company implemented a permanent $1 per hour pay raise because of the COVID-19 pandemic and continues its periodic bonus system, according to its coronavirus update webpage, which was last updated on May 4.

Inside the stores, Natural Grocers is expanding its private label line of vitamins and supplements; by the end of June it will include 150 formulations. Supplements are an important part of the company's business because they fulfill Natural Grocers' key principles of nutrition, quality and value.

Six other products have joined Natural Grocer's private label lineup, including bottled kombucha, Isely said. Private label products account for 7.3% of the company's sales — the same percentage they held in Q4 of 2020.

The grocer's loyalty program, Npower, now has 1.4 million members, a 17% increase from a year ago and a 5% increase from the first quarter of 2021. Sales to Npower members account for 70% of the company's total sales, Isely said.

Natural Grocers opened one store in Jefferson City, Mo., and remodeled one in Dallas during the second quarter. In the same period a year ago, the company opened two new stores.

The retailer is reducing the number of stores it plans to open this year to three or four, with four or five remodels or relocations, because of construction problems. Natural Grocers currently operates 159 stores in 20 states.

“We are lowering our expectations for new store openings and store relocations/remodels during fiscal 2021,” said Dissinger. “The adjustment in new store and relocation/remodel expectations is driven by delays we are experiencing in the construction process and equipment deliveries.”

Natural Grocers has signed leases for stores in Colorado, Missouri, Nevada and Oregon, all of which are expected to open during fiscal 2021. A new, larger store in Pueblo, Colo., was scheduled to open Thursday across the parking lot from the 19-year-old original store, which was the company's 17th Colorado location.