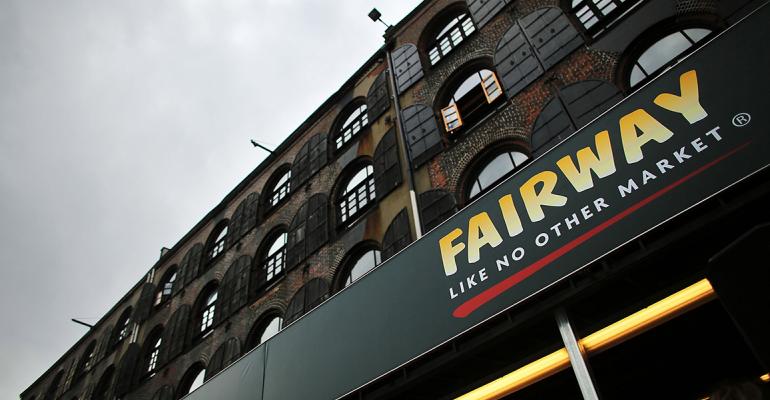 Fairway to emerge from Chapter 11

Fairway Group Holdings said Wednesday it would emerge from Chapter 11 bankruptcy protection later this month following court approval of its plan of reorganization.

Judge Michael E. Wiles on Tuesday approved the plan in a New York federal court. Fairway said the company anticipates emerging from bankruptcy protection the week of June 20 as a private company with approximately $50 million in cash and with its debts reduced to $140 million and annual debt service reduced by $8 million.

The operator of the Fairway Markets chain filed a "pre-packaged" bankruptcy last month whereby the company's lenders agreed to become its owners. Fairway said its trade creditors and workers would be paid in full but that former equity holders‚ led by former majority owner Sterling Investment Partners, were wiped out. Fairway at that time listed around $279 million in debt and was straining against loan covenants that restricted its ability to spend.

“We will emerge from bankruptcy with a stronger balance sheet, $50 million in cash and the backing and commitment from the senior lenders and new shareholders to re-invest in the future of Fairway," Jack Murphy, Fairway's CEO, said in a statement. "We will continue to provide to our customers the best food experience in the greater New York area and we pride ourselves on continuously improving our product offering while maintaining the freshness and quality our loyal customers have come to expect.”

Fairway also announced Wednesday that its plan to open a new location at a former Waldbaums site in the Georgetown section of Brooklyn would proceed. That store will open late this year.