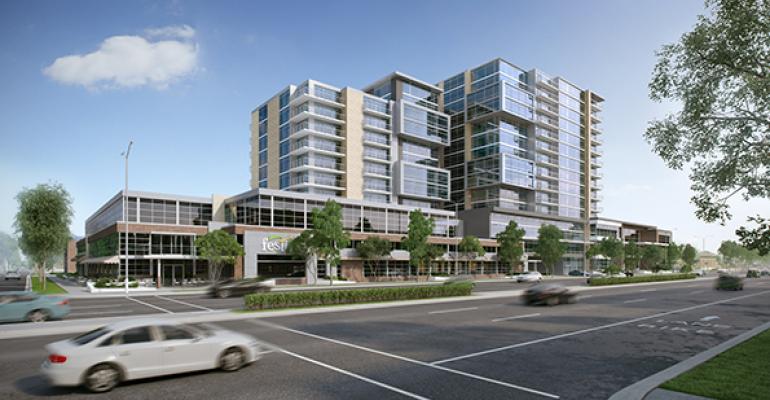 &quot;We don&rsquo;t want to grow for growth&rsquo;s sake. We want to grow if there&rsquo;s an opportunity and if our people are able and willing to support it.&rdquo; &mdash;NICK ARLT, Festival Foods

“As we say, we don’t want to grow for growth’s sake. We want to grow if there’s an opportunity and if our people are able and willing to support it.”

The Onalaska, Wis.-based retailer added two new stores this year, and is planning a new urban format store in Madison for the spring. The Madison location will bring the independent’s store count to 21.

“Madison is a great community. It’s something that we’re very excited about, and the opportunity was right. It presented itself,” said Arlt, noting another retailer had backed out of the spot.

The urban store will be on the smaller side for Festival Foods — just under 58,000 square feet — and nestled on the first floor of a high-rise, residential condo complex.

“That’s a pretty large shift, literally and figuratively, in how we go about building a store.”

Festival Foods’ traditional customer base is larger families, but the Madison location might have a different customer demographic because of the condos.

“So in a sense, yes, the target audience will be a little different in that there will be people living above us and there’s a large complex done by the same developer on the block next to us, so we’ll have people that in essence are able to live where they grocery shop, but also we’ll have those neighboring homes just like in any community we’re in,” Arlt said.

To cater to the people living near the store, offerings will skew towards prepared foods and heat-and-eat options with a salad bar and a hot food bar.

Finding the right product mix to fit the neighborhood might take some time and experimenting.

The condo will certainly bring more customers traveling to shop by foot.

Madison customers will be able to buy a cup of joe at the in-store coffee shop, or hang out in the in-store deck positioned above the deli. The mezzanine area will have tables and chairs, free wifi and couches. Although the mezzanine has been included in two other Festival Foods locations, this one will be larger.

Festival Foods sees this area as an opportunity to bring the neighborhood together to eat prepared foods and drink coffee, but also a place for students to study or for people to have a quick business meeting. Two stores in Neenah and Kenosha, Wis., even have conference rooms that the community can sign up to use for free. The Madison store may include this feature depending on space.

The Madison store construction will use environmentally friendly round timber — whole ash trees — for columns, beams and trusses within the store.

“We will be the first grocer and retailer to use whole timber product for structural support in a store,” said Arlt.

The city of Madison has to cut down a significant amount of ash trees, Arlt said, to counter the pest the emerald ash borer. Festival Foods, in partnership with the company WholeTrees Architecture & Structures, will be building with the trees that need to be cut down.

In addition to using these the local trees, Arlt said that the company will save “all of the energy and materials to have steel produced and transported in.”

The retailer took over the Fort Atkinson store in February — a former Sentry banner acquired from the Vos Family. The grand reopening was in June.

“The number of associates we gained [was] incredible. So many people with a tremendous amount of experience,” said Arlt, adding that many of the associates had 10 to 25 years’ experience working at the store.

Earlier this month, the Mount Pleasant store opened also in a former Sentry location, but this site had sat vacant for almost two years. In the remodel of the space, Festival Foods added a wine and spirits area and expanded the dock area. The resulting space is 71,000 square feet.

Almost all of Festival Foods stores, including the two new stores this year and the Madison location, have a place for free childcare for kids 18 months to 7 years old. The “Tot Spot” allows parents to drop off their kids while they shop. This feature is very popular with customers, according to Arlt.

As Festival Foods expands, it needs to hire new talent. The independent operator has 150 positions open to support new stores. Festival Foods first offers jobs in new locations to existing associates to give them the opportunity to transfer before opening up positions to the outside, Arlt said.