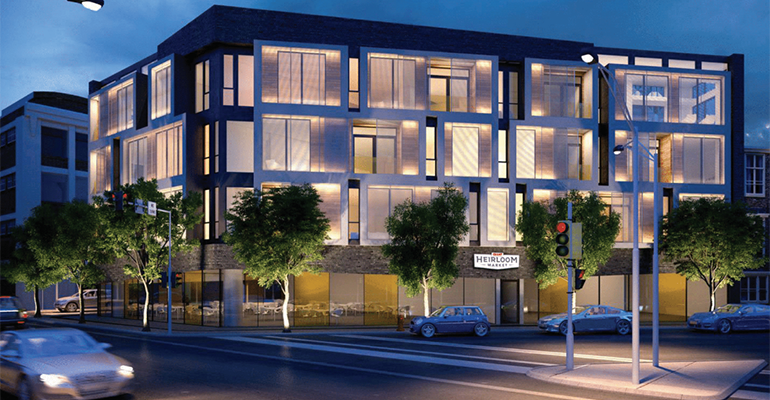 A rendering of the Giant Heirloom Market in downtown Philadelphia.
News>Retail & Financial

Located at 2303 Bainbridge St. in the city’s Graduate Hospital neighborhood, the store will serve up an assortment of fresh, local, seasonal and specialty foods, along with daily staple items and products from Nature’s Promise, Ahold Delhaize’s natural/organic grocery brand. Reflecting the store’s community focus will be an array of offerings from Philadelphia-area food purveyors, such as High Street on Market, Isgro Pastries, One Village Coffee and Sarcone’s Bakery.

Other Giant Heirloom Market features are designed to encourage customers to explore flavors and spark meal ideas. For example, an in-store produce chef will cut fresh vegetables and fruit on demand and urge shoppers to get more creative with food. Customers also will be able to create their own olive oil and vinegar blends, infused with flavors they choose, at a do-it-yourself station. The store’s sampling station, too, aims to inspire consumers and help them decide what’s for dinner, Giant said.

Customers also will see a variety of plant-based foods; local artisanal breads; kombucha on tap; and a curated selection of craft, imported and domestic beer and wine, including the option to put together their own six-pack.

And shoppers won’t be limited to what’s in the Giant Heirloom Market store, which will take an “endless aisles” omnichannel approach, Giant noted. If customers want something not available on the shelves, store associates will guide them to iPads to order products online and have them delivered the next day. The store also will have self and mobile checkout. 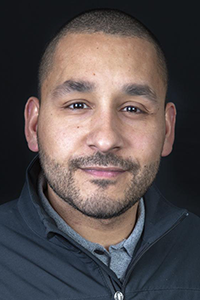 “We’re proud to serve our Graduate Hospital neighbors during their culinary quests by offering fresh produce, meat and seafood alongside the Philly products they know and love all in a store designed for them,” Store Manager Angel Cordero (left), a 20-year grocery veteran, said in a statement. “We’re confident that by providing an authentic shopping experience, our passion for locally sourced products and our customers will shine bright at Giant Heirloom Market.”

Giant officials and community leaders are slated to participate in a grand opening ceremony at the store. The event will offer free samples and demonstrations, and the first 250 customers will receive a free Giant Heirloom Market cotton tote bag.

The new retail format continues aggressive expansion by Giant, which currently operates 171 stores in Pennsylvania, Maryland, Virginia and West Virginia under the Giant Food Stores and Martin’s Food Markets banners. In June, the chain unveiled a $22 million investment plan for Lancaster County, Pa., that includes a 38,000-square-foot e-commerce hub and store remodels. That investment builds on a $70 million plan, announced in April, to expand Giant’s store network across the state.

And in November, Giant opened a store in Lancaster’s Willow Valley area that was acquired from Darrenkamp’s Markets and announced the purchase of five Shop ‘n Save supermarkets from Supervalu Inc. The transaction is expected to close in the 2019 first quarter.