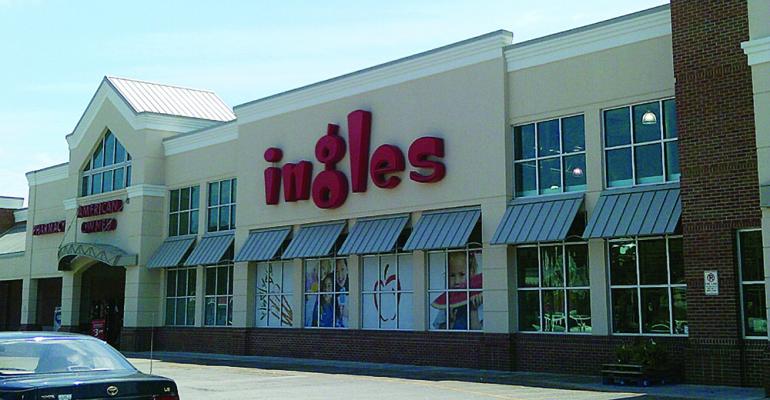 First-half sales up at Ingles Markets

A second-quarter gain helped drive solid sales growth in the first half at Ingles Markets, which at the bottom line cycled through a prior-year benefit from federal tax reform.

Ingles said Wednesday that net sales totaled just over $1 billion for the quarter ended March 30, up 1.8% from $984.6 million a year earlier.

Retail grocery comparable-store sales, which exclude fuel, rose 3.4% and reflect increases in customer transactions and basket size, the Asheville, N.C.-based grocer said. Comp-store results also exclude the impact of the calendar shift for Easter, which this year occurred in April and will provide a lift in the third quarter, whereas last year the holiday took place in March and benefited second-quarter results, the retailer noted.

Ingles posted second-quarter net earnings of $15 million, compared with $9.3 million in the prior-year period. Earnings per share (EPS) for Class A common stock was 76 cents (74 cents diluted) in the 2019 quarter versus 47 cents (46 cents diluted) a year earlier. The company’s Class B common stock had basic and diluted EPS of 69 cents, up from 43 cents in the 2018 period.

“We are pleased with this year’s sales growth brought about by the hard work of our associates,” Chairman Robert Ingle said in a statement. “We continue to make investments in our company that will benefit many future periods.”

In the 2019 first half, Ingles saw net sales rise 3.3% to $2.06 billion from $2 billion a year ago. Comp-store sales climbed 3.8%, excluding gasoline and the impact of the Easter calendar shift, as customer transaction count and size grew during the period.

As of March 30, Ingles operated 198 supermarkets in North and South Carolina, Georgia, Tennessee, Alabama and Virginia, compared with 201 a year earlier. The company said that, during the 2019 quarter, it sold a former store property for a $3.2 million gain and recognized a $1.4 million reserve for a closed leased store.

Capital expenditures for the 2019 first half were $94.2 million, up from $88.8 million in the prior-year period, and are projected at $140 million to $180 million for the full fiscal year. Ingles said its capital spending includes stores scheduled to open later this year.