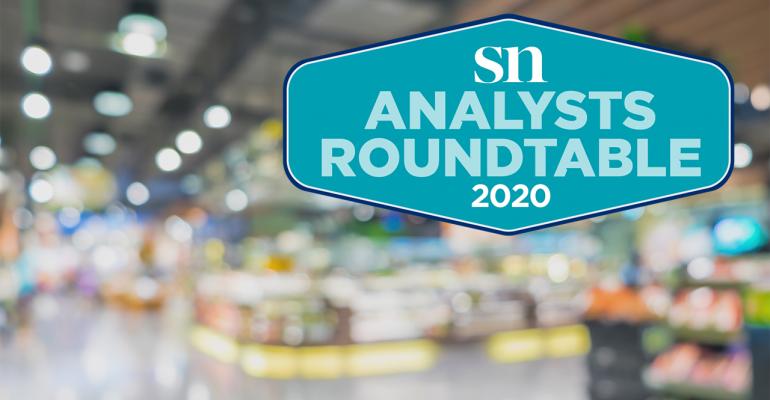 Food-at-home will continue to drive grocery sales in 2021

With Americans still focused on eating at home, the numbers are promising for supermarkets, says R5 Capital’s Scott Mushkin

Conventional supermarkets have been rejuvenated as the retail grocery sector navigates toward the post-pandemic economic period, Scott Mushkin, founder and CEO of R5 Capital, said in the 2020 Supermarket News Financial Analysts Roundtable.

“I think the companies that are best-positioned actually are the traditional grocery stores. They came into the pandemic probably in the worst position, and anyone following our research knows we were not the biggest fans of the industry going into the pandemic,” he said. “But the big change for us — and it’s a sea change — is that we think the industry comes out much, much better off than when it went in.”

With Americans still focused on eating at home, the numbers are promising for supermarkets, according to Mushkin. “For the Krogers, the Albertsons, the Aholds, the numbers are pretty unbelievable if you think we exit the pandemic with one extra food-at-home occasion. The average household spends $8 to $10 per meal at home, and with 130 million U.S. households, you start getting some pretty big numbers that flow to a company like Kroger or Albertsons,” he explained.

“If our forecasts are anywhere near correct, we’re going to have falling incomes next year as we cycle over the stimulus. That would argue that more households are going to want to be eating at home to save the money, rather than going to the restaurants. People watching this would maybe fall off their chair, but we are as bullish as we’ve ever been on the food-at-home industry, particularly these big, traditional supermarket companies.”

For more from our conversation with Scott Mushkin, check out the short video below.