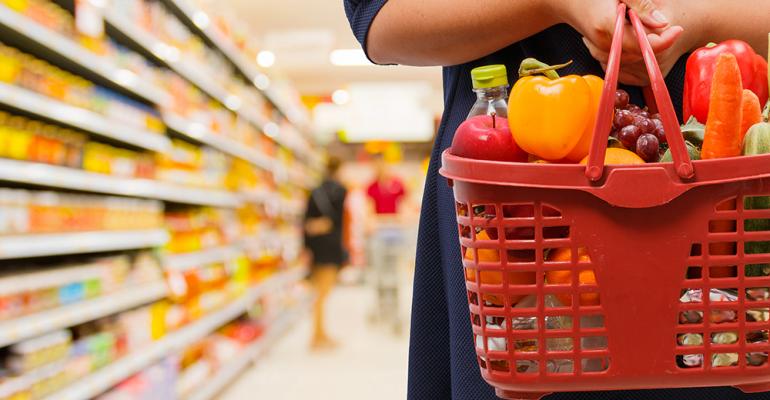 Food retailers size up the competition

Food retailers and wholesalers deem traditional supermarkets as their main competition and see the expansion of online grocery as both a pressure and an opportunity, according to The Food Retailing Industry Speaks 2018 survey by the Food Marketing Institute (FMI).

Forty-four percent of respondents cited conventional supermarkets as having the most impact on their sales and profits among competing retail formats, FMI found in the study, which polled 101 food retail and wholesale companies that represent 33,300 stores.

“Despite widespread competition from an array of retail formats, food retailers still eye conventional supermarkets and supercenters as the competitive formats having the biggest impact on sales and profits,” the FMI study said. Limited-assortment stores have drawn more attention due to recent expansion but are “seen as more of a niche competitor,” according to the report. “Online sales by nonfood retailers or brick and mortar competitors are having a moderate impact on the sales and profits of food retailers who responded.”

Though online sales are a competitive concern, 40% of companies surveyed project their online sales to rise. And while the same percentage foresee margin pressure from price comparison apps, 25% expect their basket size to grow amid consumers’ changing shopping habits.

“Food retailers who reported online sales sell an average of 27,000 SKUs online, but the totals by retailer vary considerably, from just a couple of thousand SKUs to as many as 80,000,” the study found. 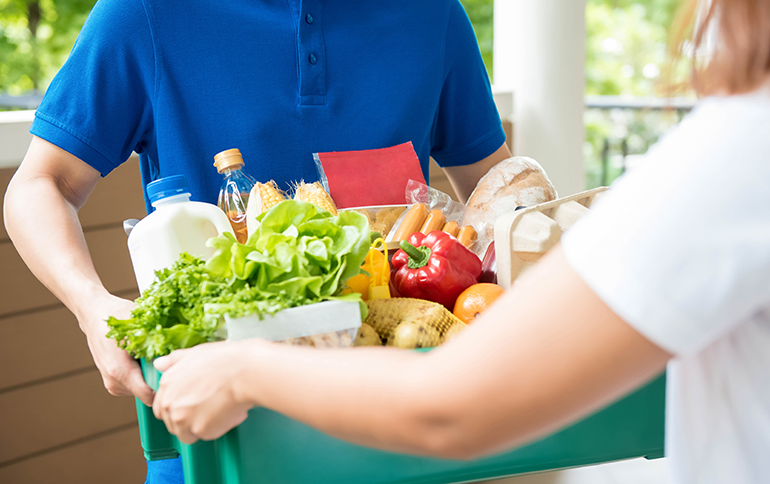 “Even as food retailers experiment with online sales strategies, they understand the need to learn more about this business,” FMI noted in the report. “Most are taking relatively humble positions in rating their organization’s e-commerce expertise. Only 2% of responding companies with online sales consider themselves to be very sophisticated in selling or marketing products to consumers online. One-half describe their organizations as somewhat sophisticated, while 39% say ‘not very’ and 9% ‘not at all.’”

Among other services, 57% of retailers with a frequent-shopper or loyalty programs said it’s successful, and 64% are making strides with efforts to improve the checkout experience, according to the Speaks study. Success rates were less for such initiatives as a more upscale shopping experience (46%), consumer health and wellness (33%), in-store dining (30%), a coffee bar (30%), one-stop shopping (26%) and catering (26%). And of the 79% of companies using social media, only 28% reported success.

On the product side, retailers reported a good level of success with a local assortment throughout the store (58%), private label (56%), a deli prepared and/or foodservice program (52%) and a storewide organic selection (51%).

Low rates of success in product differentiation were seen with family meal solutions (22%), a gluten-free assortment across the store (21%) and meal kits (15%). Also, only 33% of the 84% of retailers with product innovation and new item strategies reported success.

“Success levels of product innovations, including new items, have fallen short of the high levels of investments in this area,” FMI’s report said. “Trading partner collaboration and engagement can play an important role in closing the gap, both for brands and private brands.” 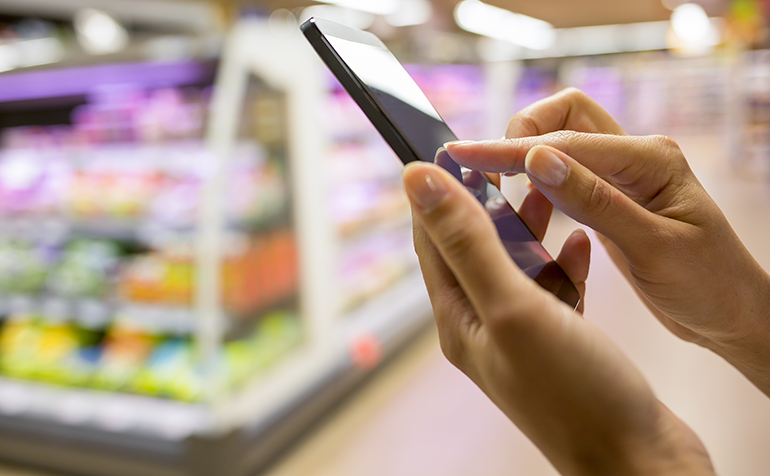 “The emergence of omnichannel strategies and a growing number of smaller format outlets is likely having an impact on the average number of SKUs offered in typical food retail formats. These SKU counts have been generally declining for the past decade, as food retailers readjust assortments,” FMI explained. “SKUs took a bigger dip in the past year. The number declined to 30,098 from 38,900 in the prior year. While this represents a marked change, SKU data differs based on format strategy and is likely to be more variable in the near future, given higher levels of industry transformation.”

“Food retailers express optimism about the current year’s financial performance, a marked change from the mood a year ago,” the report said. “About one-half of retailers feel strongly that their same-store sales will grow versus less than 20% in the prior year. Likewise, 31% strongly believe net profits will advance, compared with 14% a year ago.”

Looking ahead, retailers and wholesalers said they expect to get a sales/profit lift from consumers’ focus on health and wellness, the “food as medicine” trend and the local/national economy, according to the survey. They also expect a positive impact from shoppers’ changing ways of consumption and demand for transparency.

Companies were split on the effect of technology/omnichannel investments, with 34% expecting a positive impact and 35% expecting a negative impact on sales and earnings. Weighing on their minds are the cost of health care benefits, interchange fees, energy costs, competition (traditional, online and nontraditional), upward wage pressure and the ability to recruit and retain employees.

“Many of the macro forces pressuring food retailers in recent years are expected to continue and even accelerate. Despite a recent period of major retail consolidation, more than one-half of responding food retailers feel strongly that retail mergers and acquisitions will continue,” the FMI study said. “Likewise, many food retailers anticipate further margin pressures from price comparison applications and low inflation. Meanwhile, these retailers on average are mixed on whether they expect consumers to trade up due to growing discretionary income.”